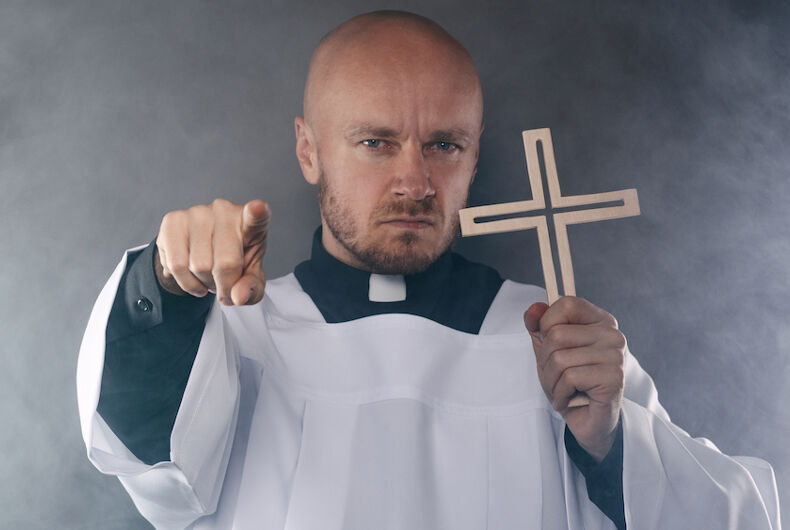 The Evangelical Covenant Church (ECC), a 134-year-old denomination of the American evangelical church, voted this past weekend to defrock pastor Dan Collison and expel his church, First Covenant Church of Minneapolis, for permitting a staff member to officiate same-sex marriage in 2014.

The Guardian explains what actions got Collison and his church censured:

“In 2014, a First Covenant staff member officiated at an offsite wedding of two women from the church worship band. The church has also put out a “love all” statement that said it welcomes members of the LGBTQ community to participate in the church, including serving in leadership roles, and says it offers pastoral care including weddings “to all in our congregation without regard for ability, race, sex, gender identity or sexual orientation.”

The denomination has a ban on same-sex marriage and also voted this weekend to defrock Reverend Steve Armfield, a now retired clergyman, for officiating his son’s 2017 same-sex wedding. “The (ECC) has about 875 churches with 280,000 members nationally,” reports The Guardian.

Approximately 81 percent of evangelical Christian voted for Trump in 2016. Although Trump has said that he considers same-sex marriage a settled matter, Trump continues to throw red meat to his conservative religious base by supporting the “right” of religious business owners to refuse service to gay people, federally funding adoption agencies that deny kids to same-sex couples and tearing apart bi-national same-sex families.

Don’t believe the myth: lesbians can get HPV