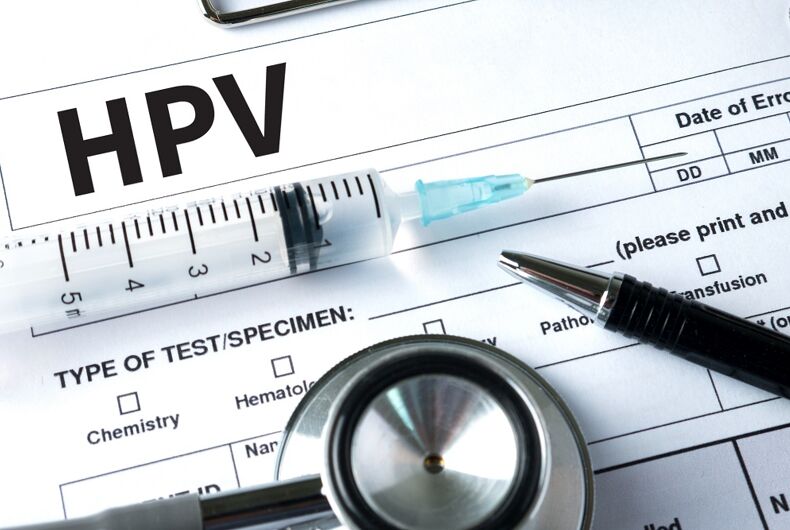 A belief that lesbian sexual activity leaves one functionally immune from a human papillomavirus (HPV) infection is a “dangerous myth” according to a report from the BBC.

HPV is an infection that can lead to cervical cancer.

Sexual activity of any kind can spread HPV, and a recent report from the LGBT Foundation on cervical screening found that one in five lesbian, gay, and bisexual women has never been tested for HPV.

Lesbian and bisexual women are up to 10 times less likely to have had a cervical screening test in the past three years than heterosexual women.

The number of people getting cervical screenings in the UK has fallen to a 20-year low.

Of the 600 women surveyed, 8% felt that women who have sex with women do not need to be tested, while 21% assumed that the same group was at a lower risk of HPV infection than straight women.

HPV is a common virus, affecting 80% of adult humans, and it is the leading cause of cervical cancer. HPV can be passed via body fluids and can be transmitted through oral sex, sharing sex toys, or even by hands or fingers.

Related: Why do patients with HIV have higher rates of cancer?

“The misleading information that gay and bisexual women aren’t at risk of this disease is one of the most dangerous myths around, because it has created a screening gap for thousands, which is a major concern for our community,” said Dr. Michael Brady, NHS England’s LGBT health adviser, at the Royal Society of Medicine’s ‘Pride in Medicine’ event. “Let’s be clear: cancer does not discriminate.”

Dr. Brady added, “If you’ve got a cervix, you can get cervical cancer, and as cervical cancer is preventable, people should take up their regular screening appointments.”

Four out of five cases of cervical cancer could be prevented with regular screenings, which is why professionals urge anyone with a cervix between the age of 25 and 64 to be screened for HPV. Yet only 71% of women were screened in the previous year.

“Cervical screening can be a difficult test for many reasons and we must be focused on removing the barriers that exist and ensuring every eligible person fully understands what cervical screening is for, knows where to access support and feels able to take up their invitation if they wish to do so,” said Robert Music, from Jo’s Cervical Cancer Trust.