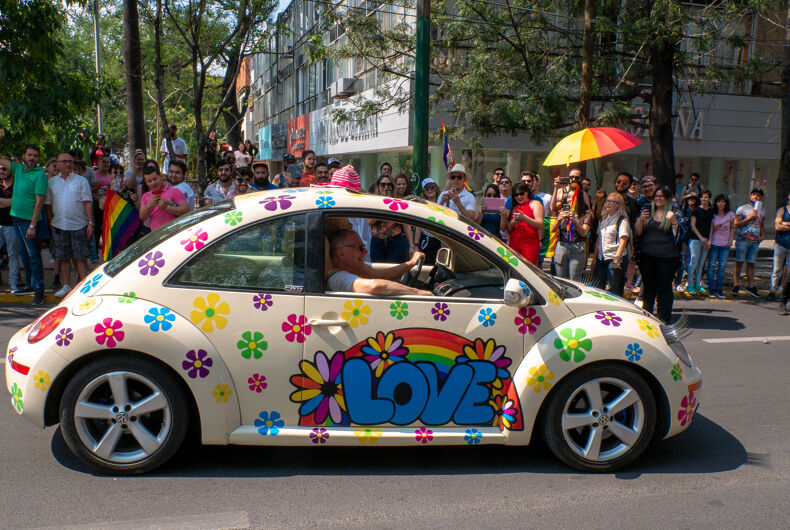 Guadalajara, Mexico, held its first Pride parade in 2014. The parade has quickly gained popularity, and approximately 70,000 people attended the parade in 2019.

Founded by Karina Velasco Michel, a queer rights activist, the pride parade in Guadalajara is one of the most popular parades in Latin America along with those in Mexico City, Sao Paolo, and Buenos Aires.

The LGBTQ community has faced no shortage of discrimination in Mexico. Although homosexuality was legalized in 1871, homophobia is widespread in the Mexican society.

Mexico was the second country in Latin America to enact a law prohibiting discrimination on the basis of gender identity or sexual orientation.

In 2003, the Mexican government passed the Federal Law to Prevent and Eliminate Discrimination. The law has not been as effective as was intended, as violence and discrimination against the queer community prevail. This law is meant to settle cases of discrimination based on “ethnic or national origin, sex, age, disability, social or economic condition, conditions of health, pregnancy, language, religion, beliefs, sexual preferences, marital status or any other, that prevents or annuls the acknowledgement or the exercise of the rights and the real equality of opportunities of persons.”

The Chamber of Deputies revealed that 1,000 queer people had been murdered between 2002 and 2007. Mexico has the second-highest rate of homophobic crimes in the world, trailing only Brazil.

71% of Mexican people stated that they would not support gay marriage, according to a National Discrimination Survey conducted in 2005. The same study reported that 42% of people surveyed were also against equal rights for the queer community.

These statistics makes many people who identify with the LGBTQ community feel very at risk. A study conducted by the Metropolitan Autonomous University (UAM) states that, in Mexico, “27% of LGBT persons studied suffer mental disorders and risk of alcoholism, some 40% have thoughts of suicide, and 25% have attempted it.”

The Guadalajara Pride Parade is meant to advocate for the equal rights and equal opportunities of queer people, and celebrate the rights that the community have gained in the past years.

Here are some photos from recent pride parades in Guadalajara:

Don’t believe the myth: lesbians can get HPV