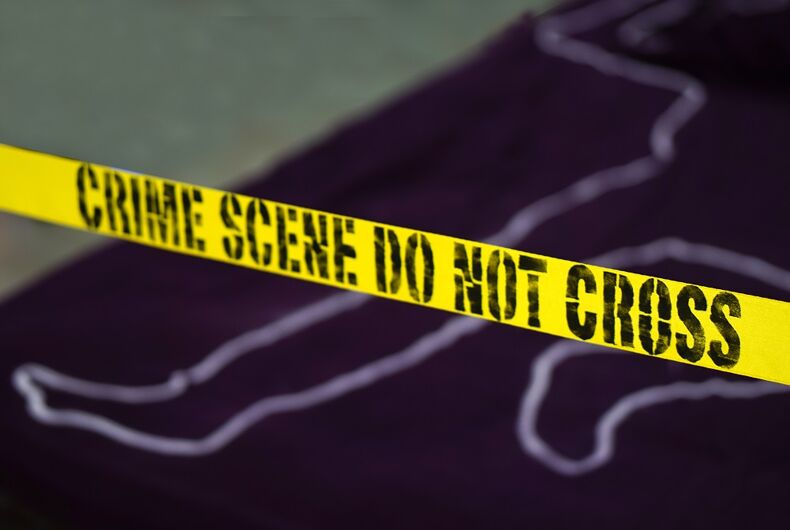 A gay man has pled guilty to the vicious killing another gay man as part of a twisted fantasy.

British citizen Andrew Warren made a deal with prosecutors in Cook County, Illinois, to testify against Northwestern University professor Wyndham Lathem, who was allegedly his partner in crime. As part of the deal, prosecutors will recommend Warren, 58, get only 45 years in prison.

The case involves the murder of Lathem’s boyfriend, Trenton Cornell-Duranleau, 26, who was stabbed 70 times in Lathem’s Chicago home.

Investigators believe that Warren and Lathem met online in 2017 and came up with a plan to kill people that Lathem would choose. Lathem paid for Warren’s plane ticket to the U.S.

Lathem then invited Cornell-Duranleau to his apartment and texted Warren that they would kill him that night, and Warren came over at 4:30 a.m. When the victim had fallen asleep, prosecutors say that Lathem pulled out a knife and handed Warren a phone to record him killing the younger man.

Related: He once danced on Broadway. Now he’s behind bars after murdering his lover.

When he woke up, he screamed. Lathem told Warren, who was standing in the doorway recording the killing, to come help. Warren put his hand on the victim’s mouth, grabbed a lamp, and knocked him unconscious.

“Wyndham, what are you doing?” were the victim’s last words, according to prosecutors.

He was nearly decapitated and left bleeding to death. They took showers and tried to clean up the crime scene, and then they fled.

The men made donations in the victim’s name to the Howard Brown Health Center and to a public library in Wisconsin. At the library, Lathem called the apartment building’s front desk and told them to check the apartment.

A nationwide manhunt was started to find the two alleged killers, who were arrested in California nine days later.

Now a week before the trial, Warren turned on Lathem and plans to testify against him. Besides his testimony, prosecutors say they have a recorded message from Warren apologizing to his family for his “involvement” in the murder, as well as other evidence.

Warren also told authorities that the two had plans to kill someone else, the Chicago Tribune reports.

Vandals deface LGBTQ mural in Oklahoma with slurs. That’s not a hate crime there.