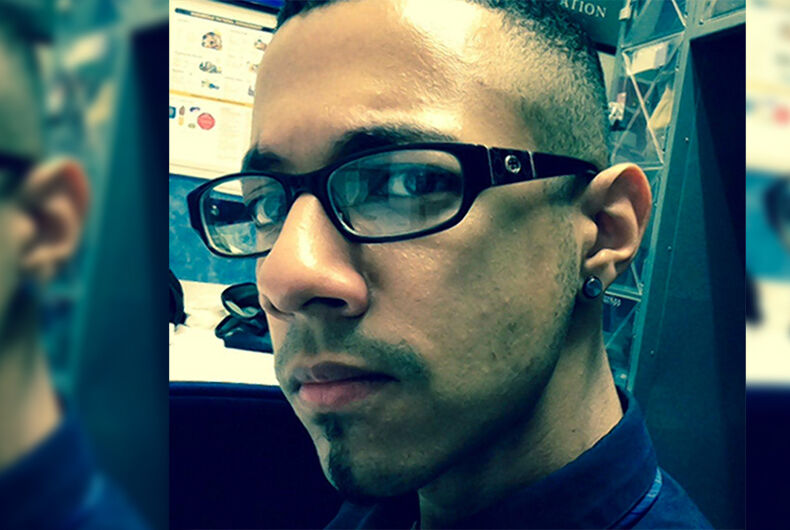 Marcus Bellamy was a performer. He danced on Broadway as part of “Spider-Man: Turn Off The Dark” and a replacement performer for “Tarzan.” He even has a few television and movie roles in “A Midsummer Night’s Dream,” “Smash,” and “Across the Universe.”

Now, his resume includes his latest role: convicted murderer. Bronx Supreme Court Justice John W. Carter sentenced Bellamy to 20 years in prison on Tuesday for the murder of his partner.

Bernardo Almonte was Bellamy’s lover. Almonte, an IT technician who survived cancer, was killed by Bellamy in their apartment in August 2017. Police found Almonte face down in a pool of blood.

Bellamy had beaten Almonte to death during an argument.

On the day of the murder, Bellamy had posted several odd comments on Facebook, including one which read, “Forgive me. I did it because I love you. I love you all. I love you also. He told me love and hate are the same emotion. Forgive me. I know not what I do. I did it for love. For god. On high.”

In a second post, Bellamy said, “I am god. I give life and can take it away. So let it be. #therapture”

The night of the murder, Bellamy also confessed to a neighbor in the apartment building.

In court for sentencing, Almonte’s mother, Norka Vargas, spoke about her son surviving cancer, only to be killed by Bellamy 11 years later.

“Eleven years later, I received the bad news. Bernardo was killed. I couldn’t believe what I was hearing — having won the battle over cancer, I was shocked to hear he had lost his life at the hands of someone else after God had given him a second chance of life,” she said, as recounted by the New York Daily News.

She pled with Bellamy, saying “No human being deserves to die the way you killed my son. It was inhuman. For no reason. He was taken away, and I still don’t know why. This is a question only you can answer for me: Why did you kill my son?”

Bellamy tried to explain himself, claiming he was under the influence of drugs when the murder occurred.

“I want to apologize to the family. Bernardo was very special, and he didn’t deserve what happened to him. You asked me why. Your son and I used to smoke a lot of crystal meth together,” Bellamy said. “On this day, I thought your son was the devil. I didn’t want to do what I did. I want to make that clear.

“I loved Bernardo. He took me out of my depression. I didn’t mean to destroy somebody,” he added.

Bellamy pled guilty to first-degree manslaughter last month. He will be in prison for 20 years, followed by 5 years of post-release supervision.

Congressional Democrats introduce the Equality Act. Could it finally pass?