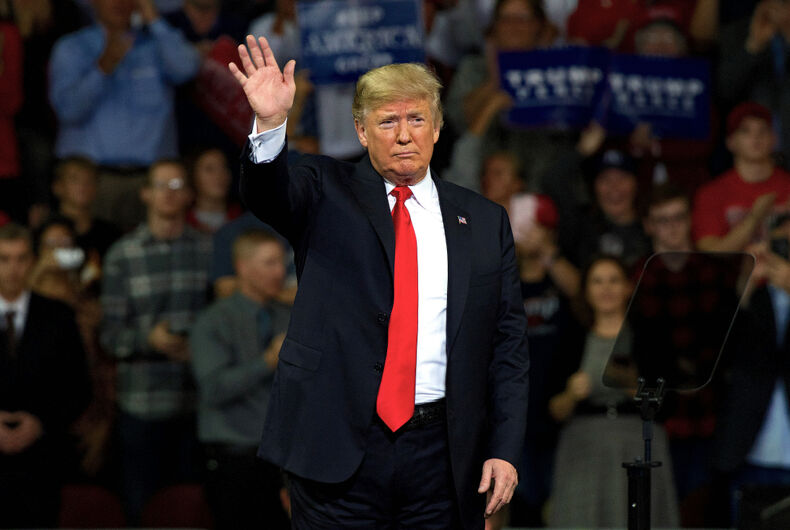 The Utah state legislature has advanced a hate crime bill after Republicans added rightwing conservatives as a protected class under the law. Trump supporters are not historically a victim of hate crimes.

“I look forward to it landing on my desk and signing it into law,” he tweeted.

I appreciate the great work of the legislature on SB103, which will serve as a powerful tool in providing critical protections to Utah residents. I look forward to it landing on my desk and signing it into law. #utpol @SenThatcher

State Rep. Karianne Lisonbee, the same anti-LGBTQ state legislator that tanked a proposed law to ban “ex-gay” conversion therapy in the state earlier this month, was behind the underhanded shenanigans to the hate crimes law.  Lisonbee said after she gutted the conversion therapy bill, she was sent angry emails and that’s why she was adamant conservatives needed to be protected.

“I have had hateful things said about me,” she said. “I have experienced death threats over the last few days. I have had people tell me, ‘How dare you play the victim card.’ And I ask you, is not having somebody threaten you making you a victim?”

“Many of us have received threats and people have condemned us for issues that we believe in, but it’s very very different than because of who you are as a person,” Democratic Rep. Angela Romero shot back.

The legislation passed on a vote of 64-9. It moves to the Senate next where it expected to pass.

Still, Equality Utah Executive Director Troy Williams says he’s willing to accept the addition if it leads to protections for the LGBTQ community.

“It was incredibly moving to have a body of conservative elected lawmakers vote for protections for LGBTQ individuals,” he said.