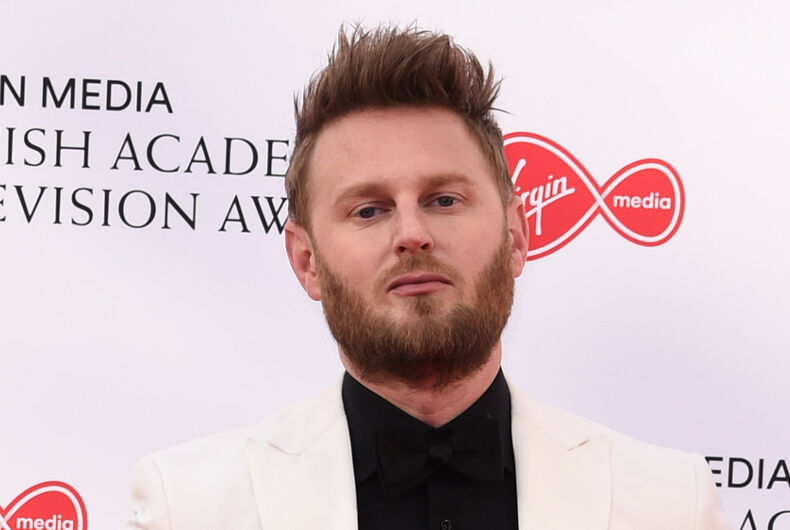 Bobby Berk didn’t find out about Stonewall until he moved to New York City in 2003. He says, “Growing up in the middle of Missouri, I never heard of them. It wasn’t taught in high school.” After moving, Berk found himself a few blocks from the Stonewall Inn and started learning the history of the landmark and the LGBTQ community.

Now, he says he would thank the rioters, “because without them we probably wouldn’t be where we are today.”

He told The Daily Beast:

The rights we won are in danger. Now the cloak of “religious freedom” is being used to attack us. Even though we have come forward, in a lot of ways we haven’t. We’ve fallen backwards in a lot of ways. In coastal cities we’re ahead of the times, but in Middle America we need more Stonewall Riots — not violent, but definitely to keep up the fight.

It’s up to people like myself who have the luck and are blessed to have a platform that we use it. With more visibility comes acceptance.

Berk does point out the positives, saying “We’ve traveled so far from a time where people couldn’t be out, couldn’t hold hands, couldn’t get married. We have marriage equality, and we have the Equality Act, if stupid Mitch McConnell will allow it to pass through the Senate.” He’s also worried about the placement of conservative judges onto courts: “The effects of that will last for decades.”

Related: Queer Eye’s Bobby Berk came for Meghan McCain on Twitter & she was not happy about it

The Queer Eye host also said he hoped that enough equality laws pass “that even conservative judges have no choice but to uphold them.” Berk added, “Don’t think other people’s votes will count for you, you need to vote yourself.”

Berk may get his wish for more Stonewall Riots. According to a recent YouGov poll, 33 percent of Americans would not be surprised if LGBTQ people started rioting again.