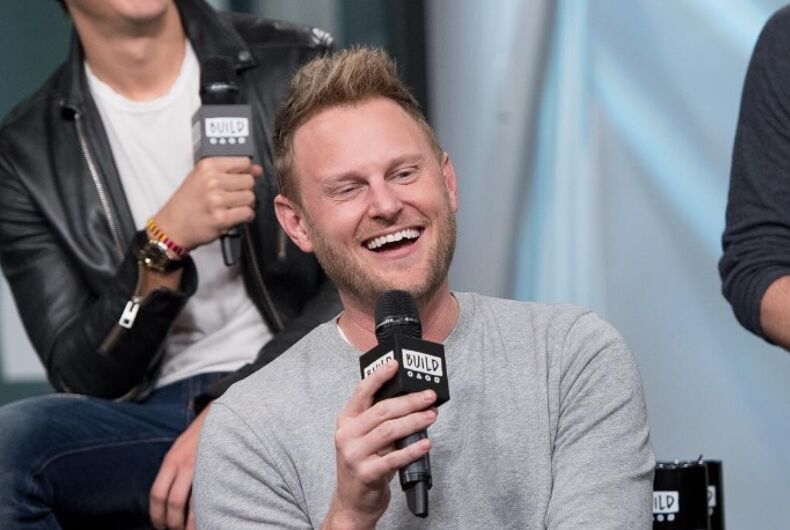 Bobby Berk of Queer Eye fame called out Meghan McCain’s lies about the Green New Deal on Twitter, and she did not like it.

McCain is the daughter of Senator John McCain, a former Fox News contributor, and a current co-host of The View.

McCain cited the conservative American Action Network’s estimate that the GND would cost $93 trillion over ten years (economist Noah Smith roughly estimated the cost at $6.6 trillion a year, with most of it coming from the economic policies, not the environmental policies).

“When I hear that an average American is going to have to spend $600,000 for a Green New Deal, you can understand how people like me don’t think that’s logical,” McCain said, not specifying that that was $600,000 over ten years, a common rightwing tactic to make the price of legislation appear an order of magnitude greater than it is.

Then McCain went off the deep end.

“Actually, that is not what’s proposed. Let’s get this straight,” Inslee said. “That is not proposed in the New Green Deal. I want to be real straight about this.”

Here is the clip. Thanks for setting her straight @JayInslee. Hopefully she’ll think before spreading more @realDonaldTrump lieshttps://t.co/GItRbvz0JN

Her response? She’s not a journalist, she does opinion, so… she doesn’t have to tell the truth?

1. I am NOT a journalist, it makes me sad and scared so many people confuse this. I am a conservative political commentator – I represent the most conservative point of view in the country, which is my job every day on The View…. https://t.co/2q1SKK9qO1

“Blatant lies are not a point of view honey!” Berk shot back.

“There [sic] are just a way to rile the base just like Trump does.”

Blatant lies are not a point of view honey! There are just a way to rile the base just like Trump does. I used to have a lot of respect for you and not lump you on with the likes of him, but you were literally repeating his lies and are becoming no better

She stepped out of the conversation by saying that she wouldn’t watch Queer Eye anymore.

That is not what I was doing, I was pointing out the financial implications an average American would feel if the green new deal were enacted – but clearly I won't be changing your mind. I also guess I won't be watching queer eye anymore. :( Have a nice day. https://t.co/VYXNmguMQu

His fans loved the exchange.

I always thought you were the hottest one from the fab5. Keep proving me right. ugh. pic.twitter.com/UEq1nAS6pf

A Catholic school rejected a kindergartner with gay parents. Now other parents are rallying.