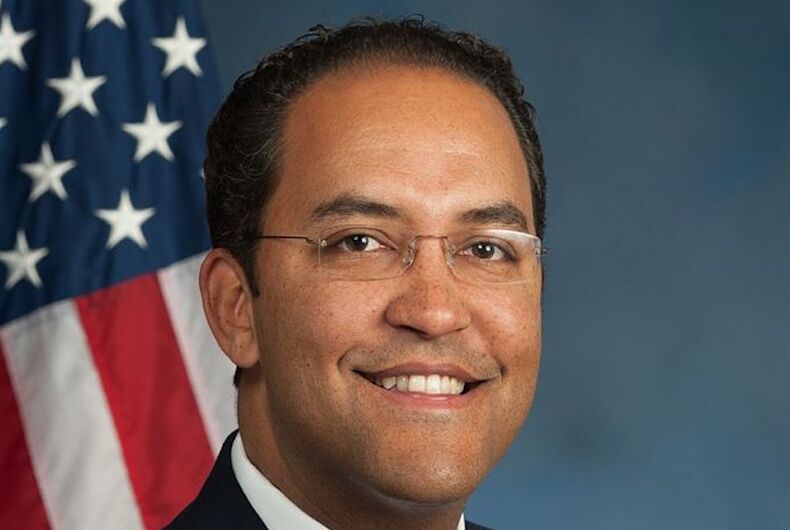 Yesterday, the House of Representatives voted to pass The Equality Act, federal legislation that would add sexual orientation and gender identity to the Civil Rights Act of 1964, offering protections in housing, employment, public accommodations, education, credit and several other areas. While the 236-173 vote broke mostly along party lines, eight Republicans broke ranks to support the law.

Let’s take a closer look at who those Republicans are.

This Catholic former lawyer representing Indianapolis’ affluent northern and eastern suburbs opposes abortion, legalized cannabis and Obamacare. However, in a statement about her recent vote, she wrote, “We cannot turn a blind eye to the discrimination the LGBTQ community faces.”

A former FBI agent, he believes in climate change, firearm reform, opposes Trump’s repeal of Deferred Action for Childhood Arrivals and opposes Obamacare repeal. He has also supported same-sex marriage since 2014. He is listed as the third most bipartisan member of the House.

Stefanik, the youngest woman ever elected to Congress when she began in 2015, voted against Trump’s 2017 tax cuts for the wealthy, his pulling out of the Paris climate agreement, his Muslim travel ban and the FCC’s recent removal of net neutrality. However, she has voted to repeal Obamacare.

Walden’s district covers more than two-thirds of the state. He opposes abortion, firearms regulation and supports repealing Obamacare. In 2013, he supported reauthorizing the Violence Against Women Act. In 2004 and 2006, he supported a U.S. constitutional amendment banning same-sex marriage, but in 2007 said he opposed job discrimination based on sexual orientation.

This representative of a north central district generally opposes abortion and allowing undocumented immigrants to serve in the military. In 2016, he called same-sex marriage a settled issued.

Representing southwestern Miami-Dade County and much of the northern Everglades, this Spanish-speaking Cuban politician opposes abortion, legalized cannabis, supports repealing Obamacare and once opposed same-sex marriage. However, in a statement about his vote, he wrote that the Equality Act is flawed and has no hope of passing the Senate, however, “I cannot oppose a bill that seeks to prevent discrimination.”

A former lawyer and mayor of Corning, New York, he supports repealing Obamacare and reportedly sued medical patients who couldn’t afford to pay their medical bills. He votes in line with President Donald Trump’s positions about 96.6% of the time.

This former CIA officer has an 800-mile district stretching from San Antonio to El Paso and is the only current black Republican House member. He opposes Trump’s wall and Trump’s “nasty rhetoric” towards Muslims and Latinos. He also opposes abortion and firearm regulation reform and supports repealing Obamacare but he didn’t support a Republican vote to repeal it.