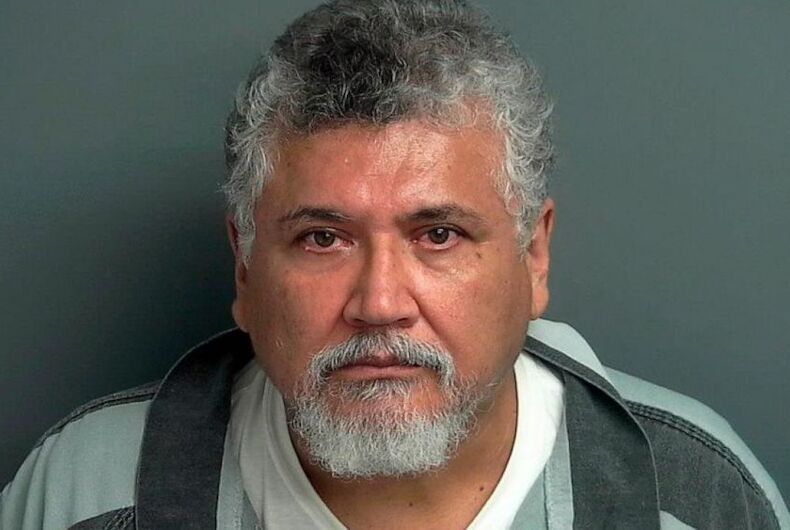 Father Manuel La Rosa-Lopez of the Galveston-Houston Archdiocese in Texas was recently charged with sexual abuse of a minor for allegedly exposing himself to an unnamed 15-year-old who came out to him as gay during confession in the year 2000.

The minor alleges that after confessing his homosexuality to the priest, La Rosa-Lopez asked him vulgar questions and “proceeded to open the partition window in the confessional booth and exposed (himself).”

The victim spoke about the incident in a session with a therapist in 2017, according to the lawsuit.

Earlier this month, Bishop Thomas J. Tobin, a Roman Catholic leader who by his own admission ignored incidents of child sexual abuse when they occurred in his church, tweeted, “Catholics should not support or attend LGBTQ “Pride Month” events held in June. They promote a culture and encourage activities that are contrary to Catholic faith and morals. They are especially harmful for children.”

The Huffington Post explained that Tobin, who made various anti-gay comments in the past, was named in a sexual abuse investigation as being a Catholic as helping cover up decades of sexual abuse of some 1,000 victims by more than 300 priests in Pennsylvania where he was formerly posted.

A 2018 Vatican document detailing a bishops’ meeting said that the church meeting the needs of young people and discussed how “some LGBT youth … wish to ‘benefit from greater closeness’ and experience greater care from the Church” but don’t feel welcome or understood.

The Church under Pope Francis has had a mixed record of seemingly embracing then rejecting LGBTQ people. One month after Francis allegedly told a gay man that God had made him gay and loves him, the Pope later said that gay couples cannot be families.