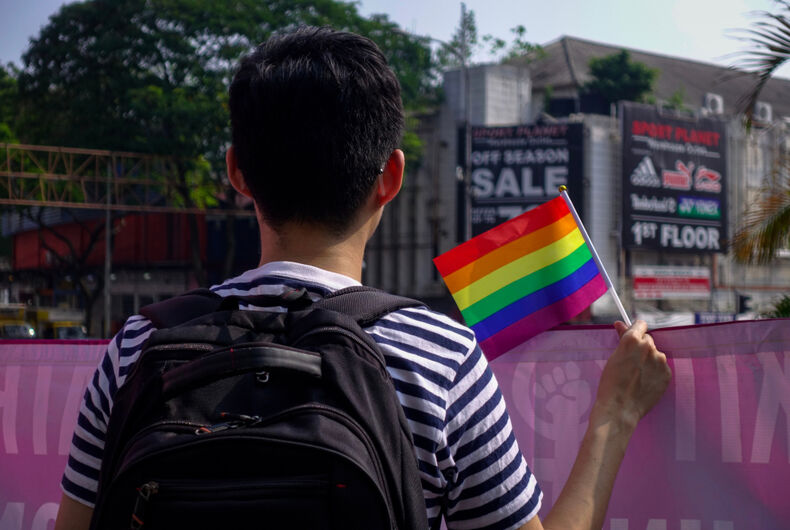 Every year, when the month of June rolls around, butterflies of anticipation start to flutter in the hearts of the LGBT community. It is our month to celebrate, our month to raise awareness, and our month to demand change.

Let me tell you something as a young gay man living in Malaysia in 2019… we have a very, very long way to go. It is easy to be fooled in the Western world as you sit on your Instagram feed and scroll through pictures of the Pride parades that stretch from New York to Taiwan. The never-ending flow of colourful flags and flamboyant characters creates the illusion that we have finally reached a generation that allows people to be themselves and celebrate their differences.

But for me, when the month of June approaches I feel as if I am being looked at under a microscope, waiting to mess up and “expose” my evil. I wear black and grey, avoid places that may seem suspicious, bury myself in work and I wait, eagerly, for the month to pass.

The history of LGBT rights in Malaysia is one that is dark and gets darker as time goes on. Where I live, discrimination against LGBT community is engrained in both the attitude of the people and the law of the land. One can be fined at best, prosecuted and thrown into jail at worst, and continually harassed by anyone who suspects your orientation.

Since I can remember, I knew that I was different. But just as soon as I realized my sexual orientation, I also knew that it was wrong. It became all the more real when, at six years-old, I heard about a boy a few grades above me in my all-boy school in Kuala Lumpur who was sent to “conversion camp.” I remember how the other boys laughed and taunted him for being a “pondan,” the Malaysian slang for “faggot,” and how the poor 12 year-old boy always looked ready to roll down and surrender to the bullying and beating he received continuously before and after the “conversion.”

Last year was the first glimmer of hope. I remember reading all about the new “liberal” party Pakatan Harapan led by Mahathir Mohamad and how they were going to bring change, how they were going to support the rights of all their citizens. I asked myself, could our country finally be shedding the backwards traditions that endanger their vulnerable citizens?

I was one of the first in line to cast my vote for Pakatan Harapan and I waited up all night to celebrate the victory with my small group of LGBT friends. That night we were exhilarated, it was the closest we ever got to feeling like, for once, our homeland was routing for us.

Needless to say, our Prime Minister has not only failed to protect us, he has increased our isolation since his time in office. It couldn’t be clearer from his remarks to the audience when he visited Bangkok’s Chulalongkorn University.

“At this moment, we do not accept LGBT but if they [the West] want to accept, that is their business. Don’t force it on us,” he said.

These were the words that came out of the mouth of the man we thought would protect us. When I heard that, I knew what kind of politician we had elected for ourselves. Sure, when he needed to appeal to the world as a forward-thinking man who wished to rid Malaysia of corruption and bring in an era of acceptance and equality, his words were music to our ears. Now that he sits as Prime Minister, he has abandoned the vulnerable minorities that put their faith in him.

Just in the last couple of months the events speak for themselves. Last August, Malaysian police raided a gay bar in Kuala Lumpur, causing havoc in their attempt to “mitigate the LGBT culture from spreading into our society.” September saw two lesbians publicly caned in Terengganu. In March our minister Mujahid Yusof Rawa called the presence of LGBT groups at the Woman’s Day march a “misuse of democratic space.”

Our situation has only deteriorated – and we are scared.

This what life for the LGBT community in Malaysia has come to – suffering never ending assaults, faking your entire existence, or fleeing your home and family. How are we still here in 2019?

I ask you to think about us. Think about me and that poor boy who got sent to conversion camp when he was just 12 years-old.  As the month of June goes on and the Pride parades begin, celebrate with those around you. Celebrate, but don’t forget about the ones who have been left behind and who do not get the privilege of pride.

We need help, we need change, we need a voice.