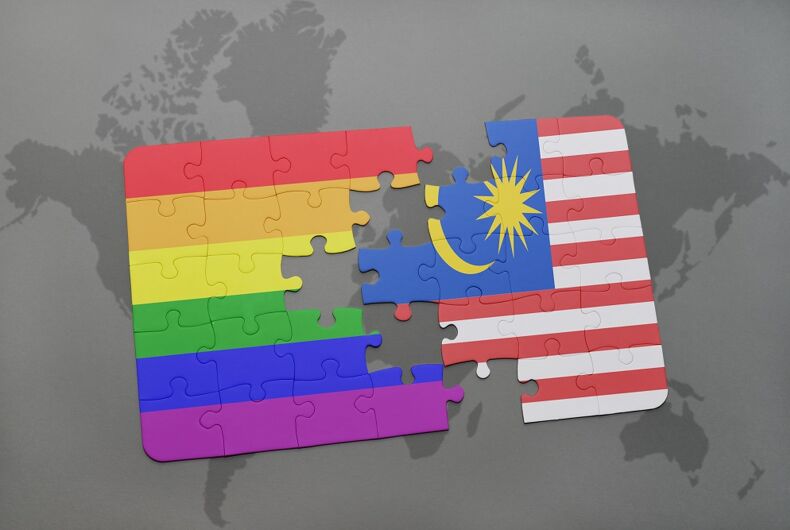 A campus Pride event in Malaysia was cancelled earlier this week.

A three-day LGBTI event was organized by a group of students at Taylor’s University, located near the nation’s capital Kuala Lumpur. It was going to include a film screening, a forum, and a march on campus, and was scheduled to take place from June 6 to 8.

On Wednesday, Pelangi, an LGBTQ association working with the event organizers, posted a short message on Facebook saying that the event was cancelled. “The Pride event in Taylor’s University has been cancelled and will not happen. Please be informed.”

On Thursday, Pelangi had a longer statement, which blamed “the management of Taylor’s University” for cancelling the event. “We regret that Taylor’s University has decided to place its business interests above safeguarding academic freedom and integrity, and standing firm for the autonomy of its students and staff.”

Gay Star News reports that “pro-Islamist blogs” were furious that the event was scheduled to take place during Ramadan.

Pelangi’s statement went on to condemn the anti-LGBTQ environment in Malaysia, which bans sex between men and “cross-dressing,” a law used to arrest transgender people. “The State has perpetrated systemic oppression on LGBT spaces and discourses, including through the banning of Seksualiti Merdeka, despite Articles 19 and 20 of the Universal Declaration of Human Rights which guarantee the right to freedom of assembly, freedom of speech and expression for everyone.”

Seksualiti Merdeka is an annual gay rights festival started in 2008 but banned in 2011 by the government.