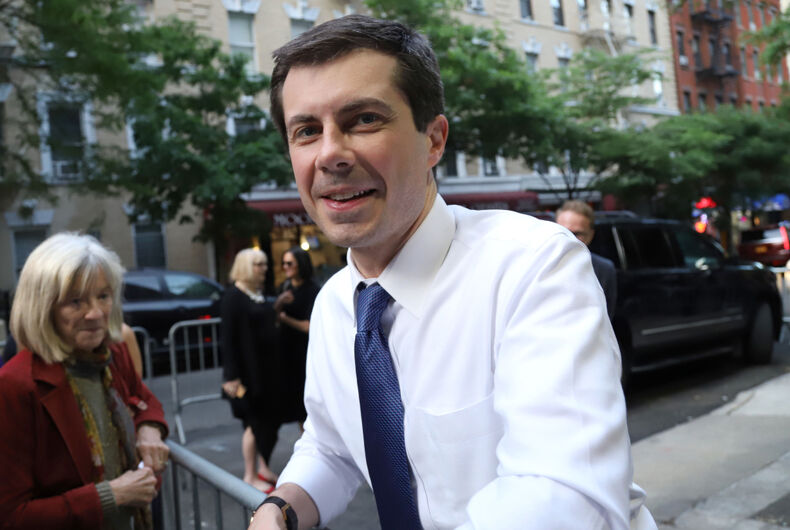 According to a Reuters/Ipsos poll, sexual orientation has taken a backseat to age when it comes to choosing a presidential candidate. This is good news for the Buttigieg campaign, but not so much for President Trump and Democratic hopefuls Saunders, Warren, and Biden.

The poll, conducted in association with the Williams Institute, included 2,237 adults.

The poll was held in advance of the 50th anniversary of the Stonewall Rebellion, widely recognized as the ignition of the modern LGBTQ rights movement, and shows a trend towards acceptance of LGBTQ people for even the highest office of the United States.

Meanwhile, President Trump, who turns 73 this coming week, has been facing mounting questions about his age and health as he enters what will likely be a very tough re-election campaign.

Nearly half of those surveyed were “much” or “somewhat” unlikely to support a candidate over 70 years old, with only 11% saying that were more likely to vote for a septuagenarian.

Conversely, only 34% said that a candidate being gay would adversely affect their choice, while 12% were more likely to vote for a gay candidate.

The poll itself did not name names when it asked those surveyed about their choices, but it is likely that the prominence of some of the older candidates, as well as Buttigieg’s presence in the race, may have skewed some of the numbers.

There’s still plenty of room for improvement in the numbers for gay candidates, particularly amongst Republicans. 20% of Democrats said that were more likely to vote for a gay candidate, compared to but 6% of Republicans.

Their families rejected them. Now they’re calling to say they love them & apologize.