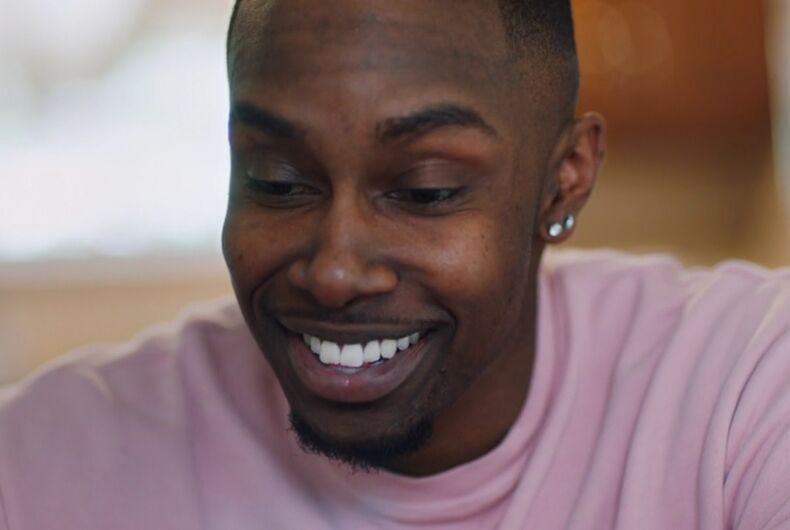 A trans man smiles in the video as his brother calls him to say they're family.Photo: Verizon/via Vimeo

A new heartwarming video from PFLAG and Verizon that shows straight people reconciling with LGBTQ family members was released during the Tony Awards. And it brought viewers to tears.

The video, entitled “Love Calls Back,” tells the story of four LGBTQ people who came out to their family and were rejected. Now the straight people recognize that they went wrong and they’re calling their loved ones to tell them they love them.

One of the stories if of a trans man and his cisgender brother.

“It didn’t make sense to me,” the cis brother says. “You know, you were born a girl, but how can that happen?”

The trans brother agreed with that: “It made me feel as if I didn’t have a brother who didn’t see me for who I was.”

Another story is about a gay man who hasn’t spoken to his mother in five years.

“Just wanted you to know that you count in our life, in our family,” the mother says when she calls him.

The video closes with the message: “It’s never too late to call back for love.”

“For us the process behind the scenes was to find families who wanted to reconnect,” said Verizon executive Andrew McKechnie. “Maybe they’ve had other discussions, but not about that first conversation. It’s like, ‘You know that call? I wish it had gone differently.’”

He said that the idea for the video came from last year’s video, which showed LGBTQ people calling family members to come out.

“For every call that is successful there are a lot of calls that really didn’t go all that well,” McKechnie said.

Verizon gave a lot of credit to PFLAG for helping with the video. Last year, they donated $250,000 to PFLAG.