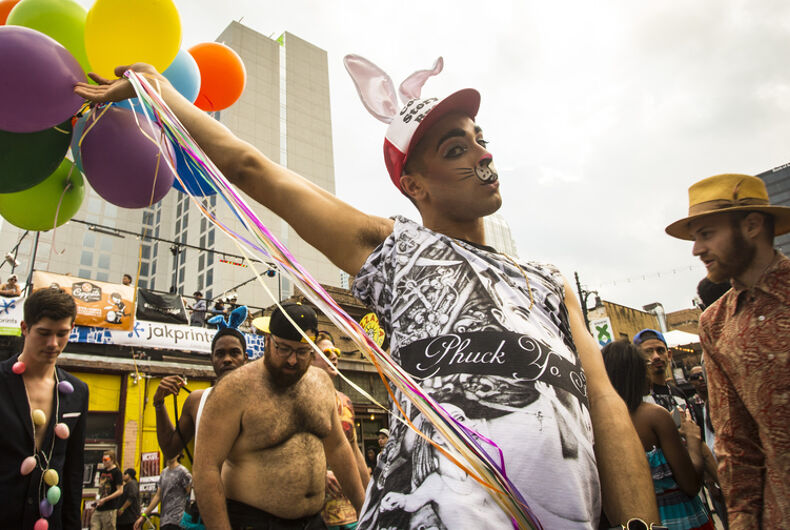 Celebration Church — a queerphobic church in Austin, Texas — regularly rents out the school district’s Performing Arts Center for its weekly services. So far, the district has earned $182,000 from the church’s weekly rental.

But after protest by students and the local LGBTQ community, the district announced that it will donate $10,000 from the church’s rental funds to the district’s “participation in the annual Austin Pride Parade and other LGBT districtwide activities,” according to the Austin American Statesman.

Church leaders have said they believe in being welcoming and kind to all people regardless of sexual orientation, religion or political beliefs, but they stick to teaching the Bible. The church’s website previously referenced Bible verses stating homosexuality, bisexuality and disagreeing with one’s biological sex is a sin. Those references have since been removed, but the website currently states marriage is defined “from the beginning of Scripture as a lifelong covenant between a man and a woman” and that the church “does not endorse or condone” sexual intimacy outside of marriage.

The church has rented the space since September 2018 and is one of 298 organizations, including 41 other churches, that rent school district facilities.

Thus, the district decided to donate $10,000 of the church’s rental funds towards LGBTQ activities: $4,000 to transport students to the city’s August 10 Pride parade and $6,000 to protect those attending and to purchase materials for campuses participating in the district’s annual October Pride week.

One protestor named Anna Nguyen said “the $10,000 toward Pride activities is ‘a start, but it’s not enough,'” adding, “Relative to the revenue they have collected from the Celebration Church and also relative to deal with the problem of homophobia and transphobia in AISD and in general, $10,000 is not really a lot.”

Nguyen would like the district to do more to support LGBTQ students and faculty, including funding more “diversity and inclusion initiatives, ally training for school leaders and anti-bullying initiatives,” reports the Austin American Statesman.