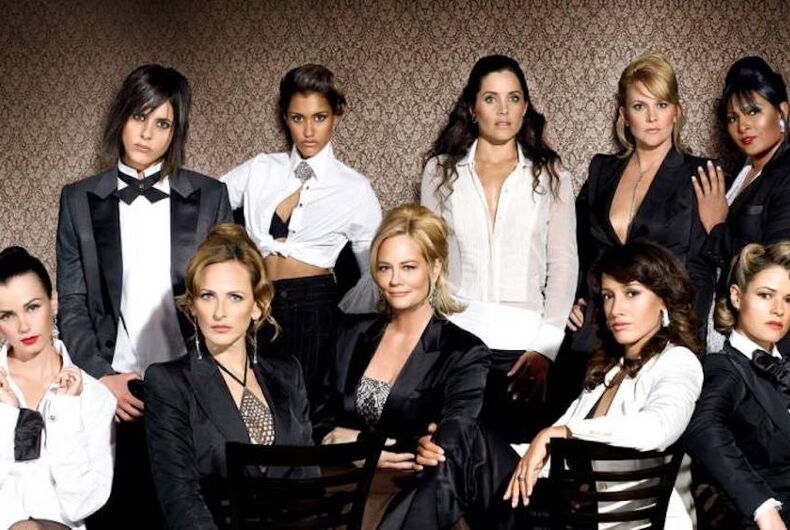 Fans awaiting the fall premiere of Showtime’s The L Word reboot, The L Word: Generation Q, might want to get their hands on what’ll likely become a semi-collector’s item: The L Word-themed Metrocards for New York City’s subway system.

NYC has rolled out the brightly-colored cards just in time for this weekend’s historic World Pride celebration. But there are only 50,000 cards and they’re only available at 10 select subway stations — so super fans better hustle to get their hot little hands on one.

You’ll have to wait a little longer to watch the show, but you can get these sweet limited edition NYC Metrocards NOW 🔥 #TheLWord #GenQ

In addition to the cards, New York is also commemorating World Pride by renaming Greenwich Village’s iconic Gay Street to be more inclusive. For two weeks, Gay Street will be called “Gay, Lesbian, Bisexual, Trans, Queer, Intersex, Asexual, Nonbinary, Pansexual, Two Spirit, + Street,” with each identity displayed in its own color of the rainbow.

The city is also lighting up 12 of its iconic buildings in rainbow colors including the Empire State Building.

[The L-Word Metrocard] isn’t the MTA’s first show of support for NYC’s LGBTQ community. In honor of WorldPride 2019 and Stonewall50, the company also unveiled a set of generic Pride-themed Metrocards featuring rainbow patterns. As of June 14, five trains on the city’s 1 Line, which runs between the Bronx and southern Manhattan, are also outfitted with rainbow-hued decals on each of their train cars, reports Travel and Leisure.

Here are what the Pride Metrocards and subway train decals looks like:

Plus, I was able to pick up my new favorite things – a pride MetroCard and everything could find with the @MTA‘s GOAT pride logo pic.twitter.com/JOO7xpmly8

Like the L-Word Metrocards, the Pride Metrocards are only available in select stations.

The creators of The L-Word: Generation Q will also be riding a float in the main parade this weekend.

Pride in Pictures: Madrid Pride is one of the biggest in Europe