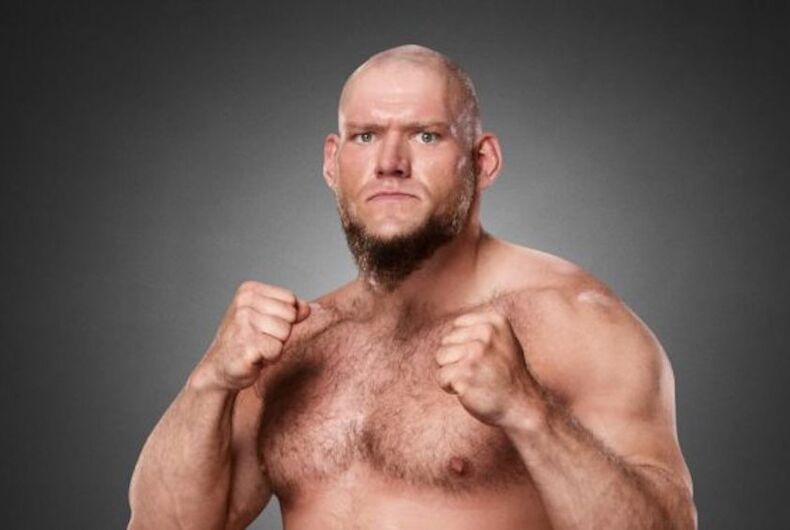 In an April 24 incident, 22-year-old wrestler Rhea Ripley called a fan a “stupid motherfucking faggot” as part of an online livestream event where she offered to insult fans for $15.

After receiving blowback online, she apologized stating, “I am a firm believer that everyone should be treated equally, whether that be race or sexual orientation. With that said, I just wanted to say how dearly sorry I am….”

In a second incident, dozens of racist, sexist and homophobic comments made by WWE wrestler Lars Sullivan resurfaced on Reddit. In the comments — which were made between 2007 and 2014 on the forum BodyBuilding.com — Sullivan called homophobia “hilarious,” called certain men “closeted homosexual[s] repressing their true intuitions,” and made statements against drag queens and “manly” women.

Neither WWE nor Sullivan issued any comment on his posts.

Related: This all-queer pro-wrestling event is pummeling homophobia into submission

A segment during the April 30 episode of WWE’s flagship program, Monday Night Raw, depicted the villain tag team The Revival being “secretly recorded” while shaving each other’s backs while wearing only towels. The scene quickly devolved into thinly veiled gay jokes, masked as questioning the wrestlers’ manhood…. All storylines are subject to approval by WWE Chairman and CEO Vince McMahon.

WWE shared a clip of the segment on Twitter (above) and recapped the incident on May 6 episode of Monday Night Raw.

WWE’s past gay storylines have been problematic at best. Their past “queer” characters have all been laughable, gay-encoded villains who serve as effeminate foils to the more macho performers. In 2001 and 2002, WWE mislead GLAAD into supporting a same-sex marriage storyline that ended with the same-sex wrestling couple, Billy and Chuck, coming out as straight and bashing their supporters.

In March 2011, WWE re-partnered with GLAAD, promising to end all homophobic language and portrayals. The agreement lasted barely a week before a WWE announcers publicly tweeted the word faggot.