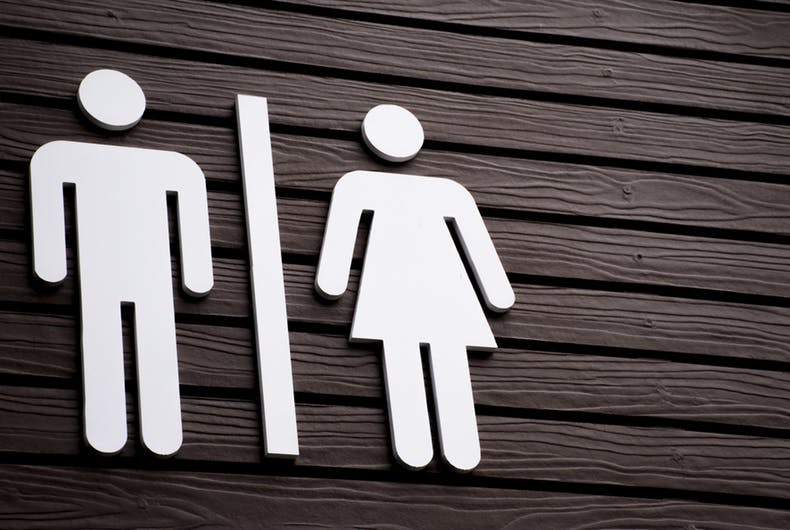 A bill that would ban trans students from using the appropriate restroom and another that defines “indecent exposure” in restrooms moved forward in Tennessee, while two other anti-LGBTQ bills stalled.

House Bill 1274 was passed by the Tennessee House yesterday. The bill encourages school districts to develop policies that prevent transgender students from using the facilities that correspond to their gender identities.

The bill also contains a provision that requires the state attorney general to defend it in court, possibly a reference to how, in 2016, North Carolina’s then-attorney general Roy Cooper refused to defend HB2, an anti-LGBTQ law in that state.

The Tennessee Senate is expected to take up similar legislation later today.

A bill that would allow adoption agencies to refuse to place children in homes that violate the agencies’ religious beliefs. Since it’s usually conservative Christian organizations seeking exemptions to the law, this would adversely impact LGBTQ and non-Christian families.

The bill was scheduled for debate in the state senate but the bill’s sponsor asked that it be taken up in the next legislative session instead.

The state senate approved HB 1151, a bill that says that facilities like locker rooms and restrooms are subject to the state’s indecent exposure laws.

An earlier version of this bill included explicitly anti-transgender language that said that there is no exception for people with a diagnosis of “gender dysphoria, gender confusion, or similar conditions, in the absence of untreated mental conditions, such as schizophrenia.”

The author of the bill, Representative John Ragan (R), said that the bill has nothing to do with transgender people. “I don’t care if they think they’re a woman,” he said, referring to a hypothetical flasher in the women’s room.

While the bill now doesn’t contain any references to gender dysphoria, Chris Sanders of the Tennessee Equality Project said that there is “no reason to proceed with the bill, especially if there is the possibility that it could lead to harassment of transgender people.”

HB 1151 was already passed by the state house and is going to the governor for his signature.

A fourth bill, the Natural Marriage Defense Act, would ban marriage equality in the state and says that the 2015 Supreme Court Obergefell decision doesn’t apply. That bill has been introduced in both the house and the senate, but is currently stalled.