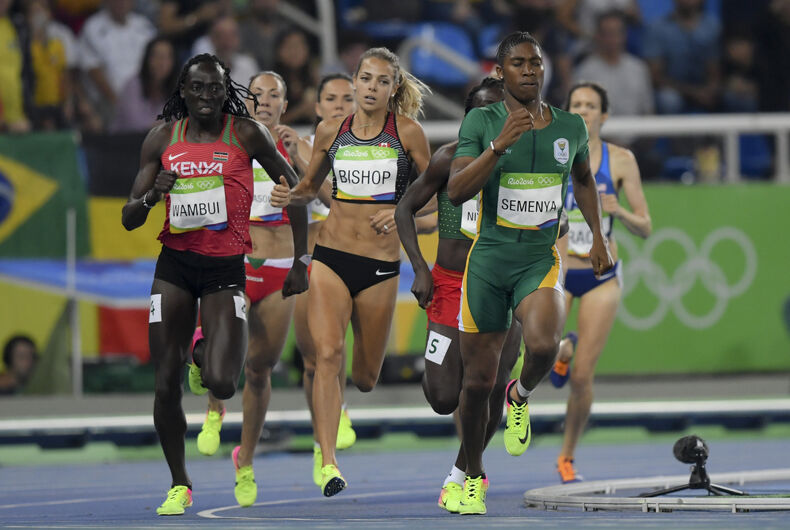 Caster Semenya competes during the women's 800m in the Rio 2016 Olympics GamesPhoto: Shutterstock

Gold medalist Caster Semenya has lost her appeal in the Court of Arbitration for Sport (CAS), challenging a rule that limits the natural testosterone levels in female athletes. The ruling lets stand a proposed rule from the International Association of Athletics Federations (IAAF) that would require female athletes to suppress the hormone in their system.

Semenya has a naturally occurring higher than average testosterone level in her system. Under the new rules, she and other competitors who have a “difference of sexual development” will be required to undergo hormone therapy for at least six months to reduce her testosterone before she is allowed to compete.

According to the CAS, in their ruling, “DSD Regulations are discriminatory but the majority of the Panel found that… such discrimination is a necessary, reasonable and proportionate means of achieving the IAAF’s aim of preserving the integrity of female athletics in the Restricted Events.”

The IAAF explained their reasoning in a statement last February: “If a DSD athlete has testes and male levels of testosterone, they get the same increases in bone and muscle size and strength and increases in hemoglobin that a male gets when they go through puberty, which is what gives men such a performance advantage over women.”

The IAAF added, “Therefore, to preserve fair competition in the female category, it is necessary to require DSD athletes to reduce their testosterone down to female levels before they compete at international level.”

In response to the decision, Semenya posted a graph to their Twitter account, simply stating, “sometimes it’s better to react with no reaction.”

Semenya said more in a statement reported by the Associated Press.

“I know that the IAAF’s regulations have always targeted me specifically,” said Semenya. “For a decade the IAAF has tried to slow me down, but this has actually made me stronger. The decision of the CAS will not hold me back. I will once again rise above and continue to inspire young women and athletes in South Africa and around the world.”

South Africa has also stood by Semenya, with South Africa’s minister for sport, Tokozile Xasa, reaching out on social media to show their support.

“We have always felt these regulations trample on the human rights and dignity of Caster Semenya and other women athletes,” reads Xasa’s statement.

“You remain our Golden Girl, what you have done for our people and girls is enormous,” Xasa added, “you have flown our flag high; you have united a nation and inspired a rural girl. For that we thank you Mokgadi.”

[Statement] Minister of @SPORTandREC_RSA Ms. Tokozile Xasa on the outcome of the Court of Arbitration for Sport case on matter involving, Ms. #CasterSemenya, Athletics South Africa and the International Association of Athletics Federations’ #IAAF #WeAreCasterSemenya pic.twitter.com/yJP74Ndxfs

It is worth noting that while Semenya is not transgender, her case also comes during a heightened focus on transgender women in sport

Social media companies have the tools to stop white supremacists. So why don’t they use them?