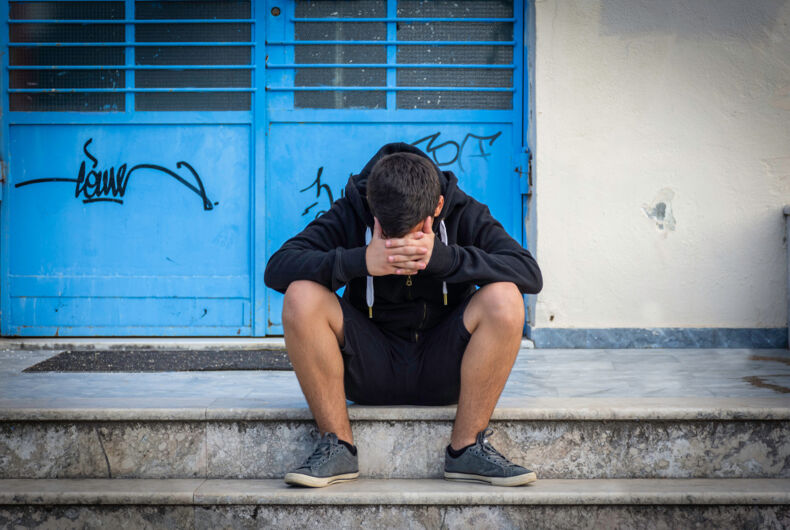 Political debates over LGBTQ issues lead to an increase in bullying, according to a new study published in the journal Pediatrics.

Researchers at Columbia University, Texas State University, and the University of Texas at Austin looked at surveys from over five million California middle and high school students from between 2001 and 2014, collected as the state went through turmoil surrounding their contentious anti-same-sex marriage bill, Proposition 8.

What researchers discovered was that homophobic bullying increased as the campaign for Proposition 8 heated up, with a decline in same after debate over Proposition 8 began to subside.

“We think that young people don’t hear what adults and lawmakers are talking about, but they do,” said the paper’s author, Stephen Russell.

10.8% of students faced homophobic bullying in the 2008-09 school year, compared to 7.6% in the 2001-02 school year. Meanwhile, bullying against other groups, for example, due to race or ethnicity, declined during that time.

“Public votes and voter referendums on the rights of minority groups occur in approximately half of U.S. states,” said Mark Hatzenbuehler, the lead author of the study. “Our findings suggest that the public discourse surrounding these votes may increase risk for bias-based bullying.”

Russel also noted that bullying during that time frame also exceeded the number of students who were likely LGBTQ in the school system at the time.

“The data are telling us that straight kids are getting bullied for this, too,” said Russell. “It’s all about what the bullies perceive.”

The study aligns with another recent study published by the same journal that focused on transgender students. In that study, transgender students at schools with restrictive policies towards their use of restrooms and other facilities faced higher incidences of sexual assault and harassments.

One positive note: the researchers also looked at the role that Gay Straight Alliance (GSA) clubs play in homophobic bullying in schools. Bullying was reduced to below 10% on those campuses with a GSA, compared to 13% at those without.