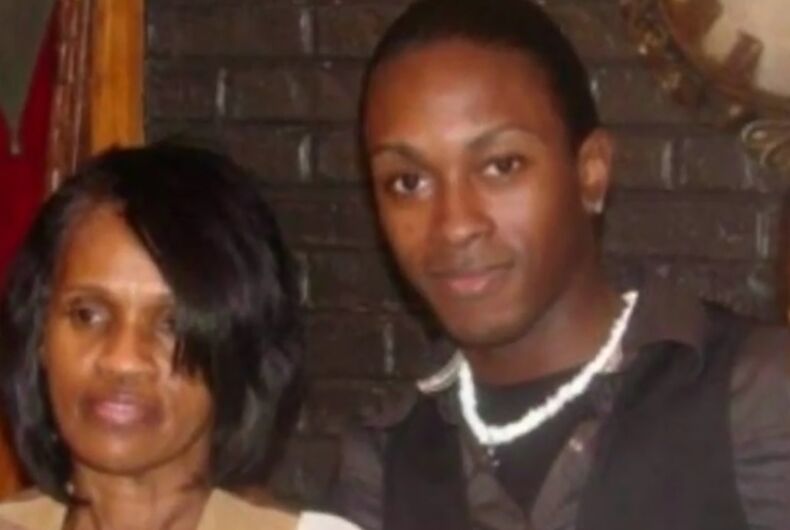 A straight man has been arrested for allegedly killing a gay man after he bragged about it online.

On April 19, Adrienne Ward, 30, was shot to death while driving in Houston at around 2:30 a.m., causing him to crash into an apartment patio.

Police found him in his vehicle and he was taken to the hospital. He died of a gunshot wound to the chest.

Surveillance video showed Ward driving into an apartment complex and Devonte Garrison, 22, getting out of Ward’s vehicle. Garrison then fired multiple shots into the car.

Related: Hours after raping a gay man, the attacker was killed in a shootout with police

An anonymous tip from someone who called herself “Bunny” pointed police toward Garrison.

Bunny said that she had been talking to someone who went by “Arzue” on an app called Tagged, and that Arzue bragged about the killing.

He said that he “hated homosexuals and that he lured [Ward] to his apartment under the ruse of hooking up,” according to prosecutors at Garrison’s arraignment on Monday.

Arzue also said that he went into Ward’s car, robbed him of his cell phone, and then shot him. A cell phone charger was found in Ward’s car, but no phone was found on him or in his car.

Police identified Arzue as Garrison and he has been arrested. He faces charges of capital murder.

Ward’s cousin, Ronald Hampton, told KPRC2 that Ward had just moved to Houston from Dallas. He was killed after living in Houston for just two weeks.

“It has just torn pieces of our hearts away that can never be replaced,” Hampton said.

Social media companies have the tools to stop white supremacists. So why don’t they use them?