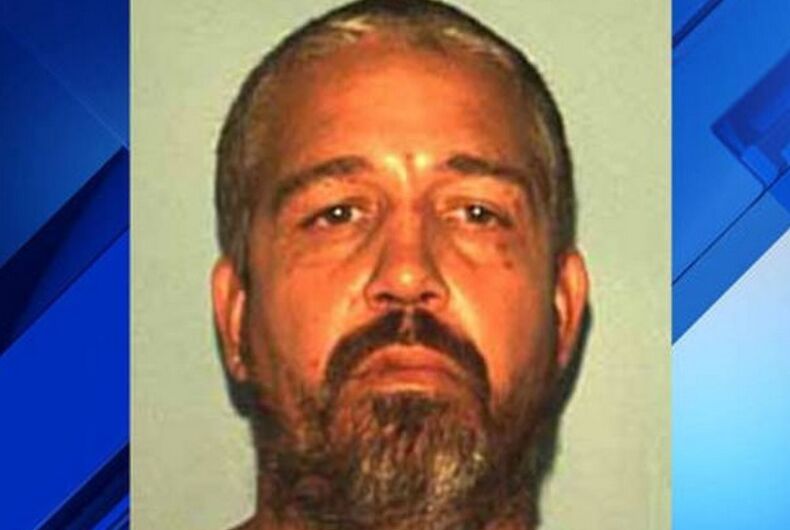 A man who allegedly attacked a gay man died just hours later in a shootout with police.

Alexander Carballido, 40, was being chased by Miami police after he allegedly committed a violent hate crime against a gay man. Carballido pulled out an AK-47 assault rifle and started firing on over a dozen police officers who were pursuing him.

The 56-second shootout ended with Carballido dead. No officers were injured.

He said that he invited Carballido to his apartment yesterday, and once he got there Carballido pulled out a gun and forced him to take off his clothes.

The alleged attacker said, “All gay men should be dead” as he pistol-whipped the victim. He then raped him.

As Carballido left, he took thousands of dollars in jewelry and $500 cash.

The victim reported the crime, and police searched for Carballido. At 8 p.m. that night, the search ended in a shootout.

Police said they found other weapons in the shooter’s car.

Earlier today, police officers named the suspect. They said they wanted to contact his next of kin first.

Before the shooter was identified, though, the gay victim of the hate crime was seen with police at the scene of the shootout. A detective told him, “You can go home in peace. It’s all over.”

Carballido was released from prison on July 1. He had served a year in prison for kidnappings, aggravated battery, carjacking with a deadly weapon, fleeing and eluding police, and aggravated assault on a police officer.

In that case, he pushed his girlfriend out of his car and tried to run over a police officer. He then carjacked a woman with a machete.

He was set to remain on probation until 2023.

They’re both from countries with marriage equality. So why won’t a judge recognize theirs?