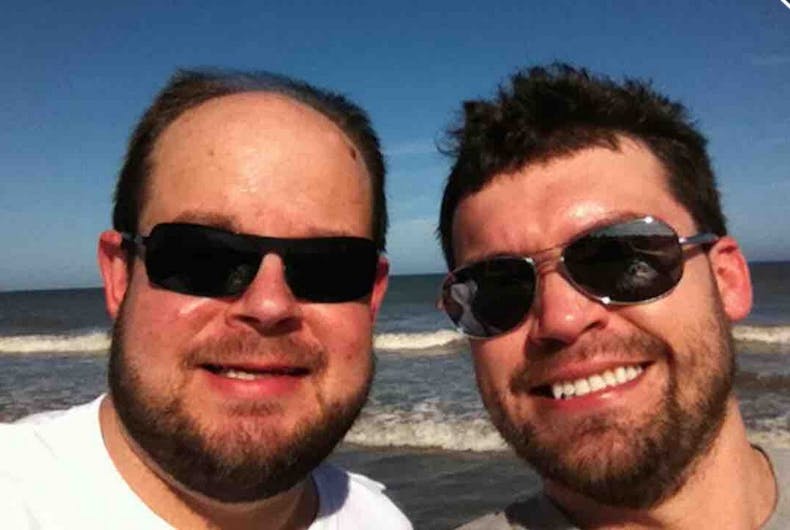 A gay married couple has set up a GoFundMe page after a judge told one of them he has two weeks to leave the country.

Ben and Brian Page had been living together for two years when they got married in 2014 in New York. Brian is American, and Ben is a UK citizen.

They were living together in North Carolina when Ben’s mother got terminally ill. They both went to England to be with her, with Brian on a six-month visa.

He applied to get his visa extended, but that was refused. The couple has now spent years fighting for the right to stay together, applying for various visas and appealing decisions.

In the most recent rejection, the judge’s letter did not even refer to their marriage, instead referring to it as a “partnership” throughout the letter.

“We feel absolutely offended by this as the judge has been extremely disrespectful as it completely changes the whole angle of our marriage which is legally recognized,” Brian said. “The LGBTQ community has had to fight for these rights to get married and this undermines this.”

The judge suggested that they both move to Canada to be together, even though neither of them is Canadian.

The couple could appeal this latest rejection, but they don’t have the funds. They set up a GoFundMe to raise 1500 pounds (about $2000) for legal fees.

“After draining all of our savings over the last four years fighting this, we don’t have the money to fight this last bit,” Brian said. He’s an architect but he hasn’t been allowed to work since entering the UK four years ago.

They have considered going back to the US, but that, too, would be an expensive process. Ben was told that he could not stay because their marriage was not recognized in North Carolina at the time. He was appealing that decision, but the couple went to the UK before that process was finished.

They estimate that to clear their status in the US, it would cost $15,000 in legal fees.

“We don’t know where we’re going to be in a few months time. I’m afraid to leave Ben because I don’t know what’s going to happen,” Brian said.

Hours after raping a gay man, the attacker was killed in a shootout with police

These female campaign managers are shaking up Capitol Hill