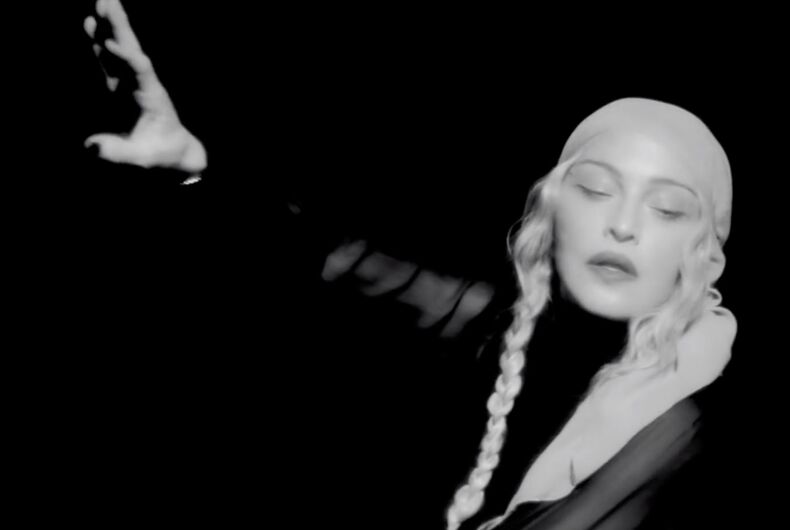 Madonna has announced her latest single, “I Rise,” to celebrate the 50th anniversary of the Stonewall riots.

“I wrote ‘I Rise’ as a way of giving a voice to all marginalized people who feel they don’t have the opportunity to speak their mind,” she said in an emailed statement. “This year is the 50th anniversary of Pride and I hope this song encourages all individuals to be who they are, to speak their minds and to love themselves.”

The song begins with a voiceover from Emma Gonzales, a bisexual survivor of the Parkland shootings who has become a prominent gun control activist.

The Material Girl uses Gonzales’ famous quote from a rally shortly after the shooting.

Related: Conservatives respond to the March for Our Lives… by mocking gun victims

“[They say] us kids don’t know what we’re talking about, that we’re too young to understand how the government works. We call BS!”

The first black female soldier passed Ranger School. Then she proposed to her girlfriend.