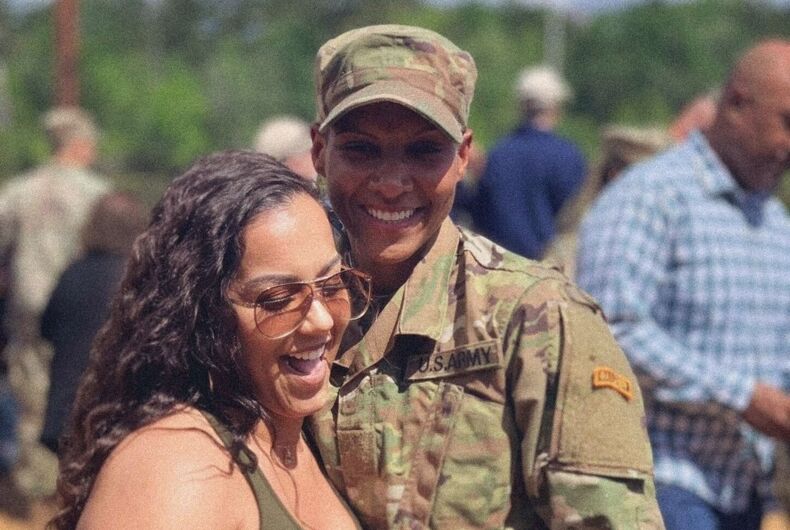 Sgt. 1st. Class Janina Simmons made history this week by becoming the first black female soldier to pass Ranger School. And the out drill sergeant celebrated by proposing to her girlfriend.

“I’m excited. It’s surreal,” Simmons told ConnectingVets. “I’m humbled to be here…62 days of training and I made it the first time through.”

Simmons credited the support of her girlfriend for her success. “She stuck with me and was more than supportive!! I didn’t do that!! WE did that ❤️😍💍,” she wrote online.

Related: Australia’s elaborate gay wedding proposals have started & this one is the first

Last year, she also made history by completing the 16-mile Fort Jackson Bataan Memorial Death March qualifier in two hours and 52 minutes while carrying over 25 pounds of gear. She came in first.

She stuck with me and was more than supportive!! I didn’t do that!! WE did that ❤️😍💍