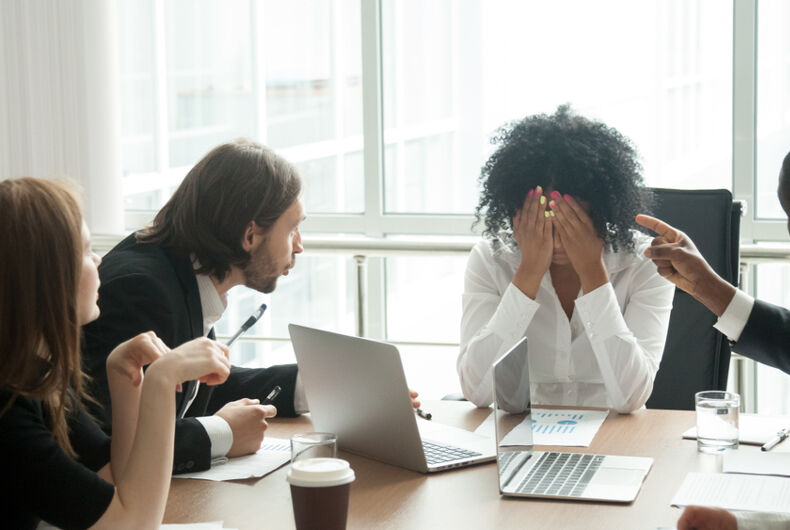 The New Jersey Division on Civil Rights is investigating Metropolitan Healthcare Billing for allegedly outing a lesbian employee during a staff meeting and then firing her after she sought to file a complaint.

The unnamed former employee says her supervisor, the company’s director of business operations, commented during a meeting that the employee could detect whether a client was lesbian or not by using her “gaydar.”

The supervisor claims she “believed the comment was OK because the employee had previously joked in the workplace about her sexuality and had used the term ‘gaydar,'” according to New Jersey 101.5.

But the lesbian employee said she considered the joke “unprofessional” and “uncomfortable” and didn’t appreciate being outed to a recently hired employee present at the meeting.

In 1991 and 2006, state legislators updated the New Jersey Law Against Discrimination to prohibit employment, housing and public accommodations discrimination based on sexual orientation and gender identity.

The current investigation suggests that the state thinks there’s sufficient evidence to warrant “a reasonable suspicion of discrimination… that a reasonable employee[…] could find her work environment hostile or abusive.”

“It is not acceptable for employers to retaliate against workers who invoke their legal rights and report discriminatory conduct,” said New Jersey attorney general Gurbir Grewal yesterday when commenting on the case.

A 2018 survey by the Human Rights Campaign Foundation shows that more than 50 percent of LGBTQ employees remain closeted at work despite recent civil rights advances. While a majority of Americans think employers shouldn’t be allowed to discriminate based on sexual orientation, 90 percent of Americans voters also mistakenly think that there’s a national law forbidding workplace discrimination — there isn’t.