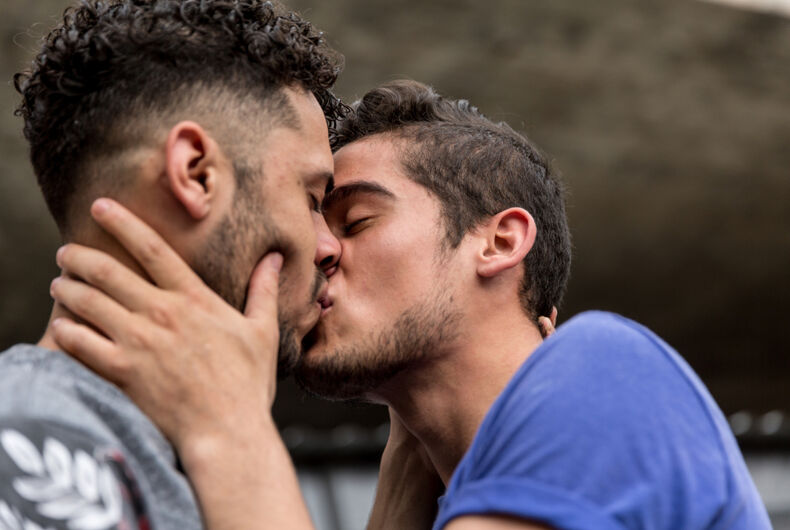 It’s not just sex fueling a rise in STIs. Gonorrhea is also being passed between gay and bisexual men via kissing, according to a recently published Australian study.

The study, published in the journal Sexually Transmitted Infections, found that men who kissed multiple same-sex partners over a three-month period had a 46-81% higher chance of contacting oropharyngeal (throat) gonorrhea.

According to the researchers, their data suggests that “kissing may be associated with transmission of oropharyngeal gonorrhea in MSM, irrespective of whether sex also occurs.”

The study consisted of a survey of 3,677 men who were also tested for oropharyngeal gonorrhea. The majority of them were around age 30, with only 6.2% testing positive for the infection.

Related: America has the highest rate of STDs in the industrialized world now

“Kissing may be riskier than previously thought,” said lead author Eric Chow to Reuters Health. “This may help people understand how the infection was introduced, particularly if they haven’t been sexually active.”

The highest rates of the disease were among those who had kissed a minimum of four other men whether or not they had sex.

Rates of gonorrhea infections have increased in recent years, with a 67% increase since 2013 in the United States alone. according to the Centers for Disease Control and Prevention (CDC).

While messaging done to prevent the spread has largely focused on condom use, this study may indicate a need to rethink things.