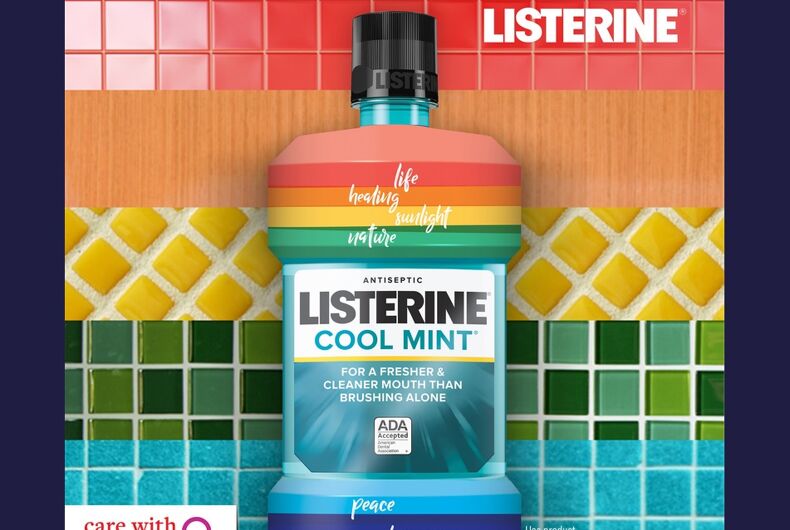 Listerine has released a rainbow flag bottle for Pride Month this year. People are finding it… strange.

The meaning of six of the colors from when the flag was created in 1978 are written on the stripes. Hot pink, which originally stood for “sex,” is conspicuously silent on the bottle, probably because that part of being LGBTQ is still not safe to be mentioned on the shelves of Walmart.

The bottle also gets turquoise wrong: it represents “magic” – not “peace” – because gays in the 1970’s were hippies.

With so many Pride products coming out this month, this bottle stood out to many on social media as just being a little too ridiculous.

The font? This isn’t for gays, it’s for PFLAG moms.

Straight mouthwash is combined with shampoo, body wash, and floor wax in some sort of 13-in-one hell product.

at last i can wash my gay hair and rinse my gay mouth while feeling truly seen pic.twitter.com/QhQuwiaf7c

‘Listerine cool mint’ is one of the lesser known (but not lesser important) tenants of the lgbti flag 🏳️‍🌈 pic.twitter.com/ML7pBEZpHq

Gay & bi men are catching gonorrhea from kissing other guys