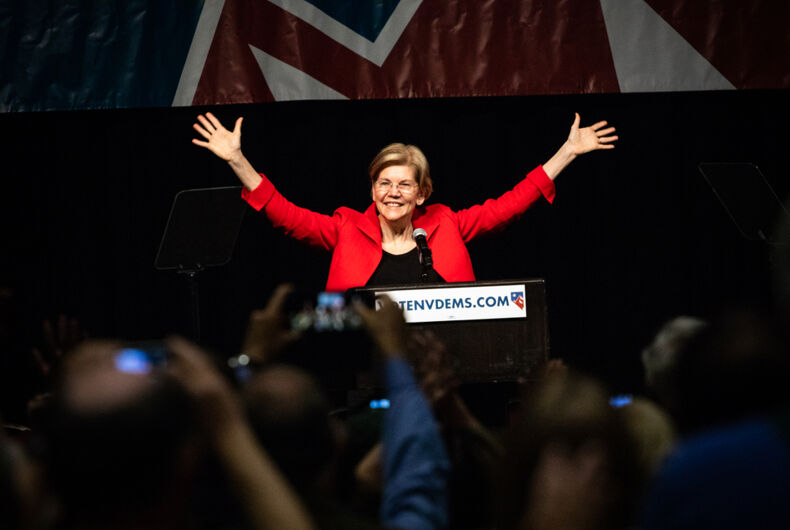 Presidential candidate Elizabeth Warren is taking her campaign to Pete Buttigieg’s backyard. The out young mayor of South Bend, Indiana has been running neck and neck with Warren in recent polling.

MSNBC will host a townhall with Warren in Ft Wayne, Indiana next Wednesday after she campaigns in Elkhart – a half hour’s drive from Buttigieg’s hometown.

Indiana, a red state with a late primary, normally doesn’t get much attention early in the campaign season, but Buttigieg’s candidacy has renewed interest in the state. Still, the state has been instrumental in pushing both Barrack Obama and Donald Trump over the top as the winning candidates.

Related: Mike Pence can’t stop talking about Pete Buttigieg for someone who doesn’t want to talk about him

Vice President Mike Pence is the former Governor of Indiana.

Conservative Christians are outraged by an ‘offensive’ shampoo ad this time