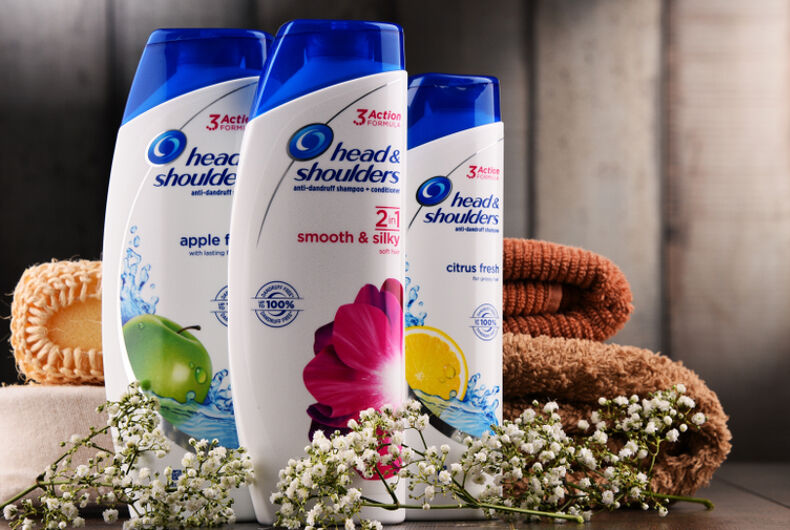 A conservative Christian organization is outraged by an “offensive” shampoo ad that featured lesbians and has launched a campaign against the company.

One Million Moms (OMM) is an initiative of the America Family Association and focuses on media that it deems inappropriate for children, often because it shows LGBTQ people.

They are frequently outraged that LGBTQ people exist and that artists, media corporations, and advertisers choose to acknowledge that fact every now and then.

And this week they’re angry at this cute Head & Shoulders ad, which shows a lesbian couple at prom.

To hear OMM describe the ad, the lesbians were having sex in front of the C-H-I-L-D-R-E-N.

The ad’s protagonist “arrives and looks for her date,” OMM says on their website. “Another female comes up to her and presents her with a corsage, and then proceeds to give her a kiss on the mouth.”

“The lesbian commercial has aired during a Major League Baseball game on MLB TV when children are likely watching.”

OMM is also angry at a heartwarming Gillette ad from last week that showed a father teaching his transgender son to shave. Gillette and Head & Shoulders are both brands owned by Procter & Gamble.

“Gillette, owned by P&G, chose to honor fathers by pushing an agenda of sexual confusion instead of celebrating fathers,” OMM’s website says.

“Thanks P&G, now parents have to explain this twisted scene to their confused children!”

OMM has a petition for people to sign that says that they are “extremely disappointed” with the ads and that they vow not to buy any Procter & Gamble products.

Procter & Gamble is one of the biggest corporations in the US and owns 65 brands that each sell countless products. Avoiding all of them would be difficult, so OMM limited the boycott to when the ads are pulled, which will probably be soon since both ads are seasonal.

“I find both your Head & Shoulders lesbian prom commercial and your Gillette ‘Father’s Day’ ad to be irresponsible,” the petition reads, later referring to the trans man in the Gillette ad as “a transgender.”

“Offensive ads cause customers to lose respect for a company, and complaints should not be taken lightly. P&G is offending so many to appease a small percentage of customers.”

OMM claims that around 7000 people have signed their survey.

Procter & Gamble has a history of making LGBTQ-inclusive ads, featuring LGBTQ people in a diaper ad, showing a gay couple in a detergent commercial, and sponsoring gay Olympian Gus Kenworthy.