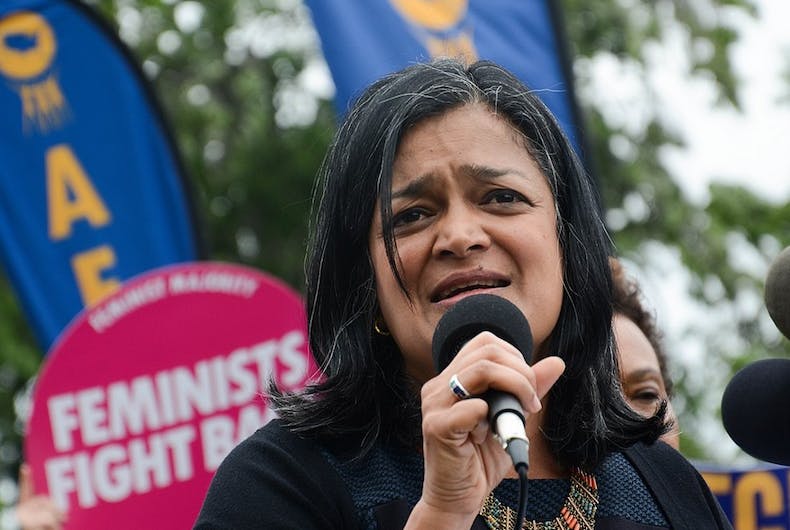 Representative Pramila Jayapal (D-WA) had an amazing clap back at Donald Trump and his terrible record on transgender equality.

Yesterday, Trump claimed at a press conference that he was “the most transparent president” in the history of the U.S., despite refusing to release his tax returns and White House visitor logs and suing Congress to stop their subpoenas of his administration.

Jayapal had simple response to that brag, and she wrote it in an official letter to the President.

Yesterday, you stated emphatically, “I don’t do cover-ups, you people know that.” You also stated, “I’m the most transparent president, probably in the history of this country.”

In light of your statements, please let me know what time tomorrow I can come over and review documents related to your administration’s decision to rescind Title IX guidance protecting LGBTQ students.

Related: Congress held the first hearing on the Equality Act. Republicans made it all about trans people.

Of the Trump administration’s many attacks on transgender rights, Representative Jayapal picked the one that was closest to her: rescinding Obama era guidance that banned discrimination based on gender identity in schools.

Jayapal talked about her non-binary child last month at a committee hearing for the Equality Act.

“I didn’t intend to say this today, but my beautiful now 22-year-old child told me last year that they were gender non-conforming, and over the last year, I have come to understand from a deeply personal mother’s perspective… their newfound freedom… to rid themselves of some conformist stereotype of who they are, to be able to express who they are at their real core,” she said.

“My child is free to be who they are, and in that freedom comes a responsibility for us as legislators to protect that freedom.”

I just sent this letter to @realDonaldTrump – who, as you heard, is the most transparent president ever.