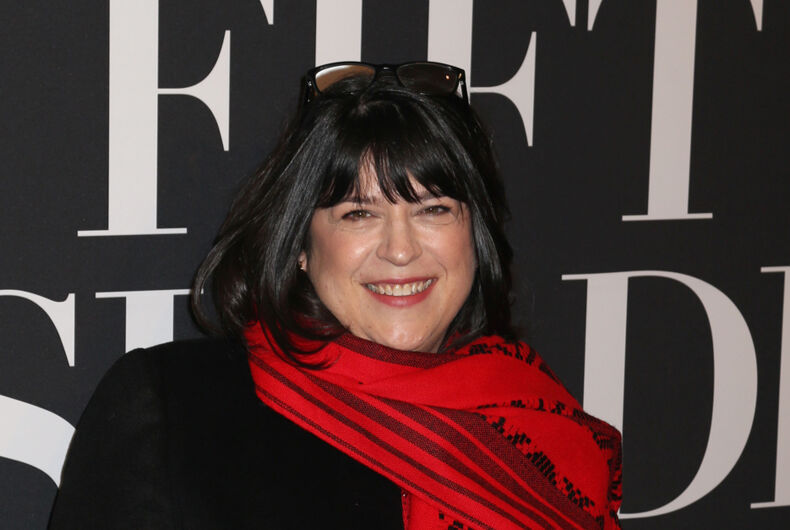 Author E.L. James attends a screening of "Fifty Shades of Grey" at the Ziegfeld Theatre on February 5, 2015 in New York.Photo: Shutterstock

In an interview with The Times (paywall), James says she’s been swamped with fans begging for her to write a book that features gay men. And it’s not just men asking her to pen the erotica, women are writing in and asking for some man-on-man action too.

But will she do it? “Never say never,” she told the paper.

James says the idea interests her because having two men in the relationship would take away the power dynamics based on gender roles.

These women photobombed an anti-LGBTQ politician with a kiss