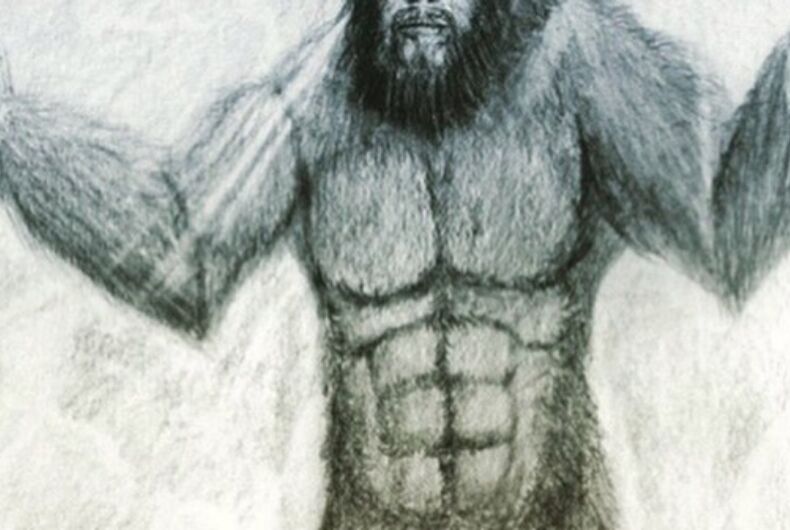 Only in Trump’s America would we have accused sexual abusers, literal Nazis, and avowed white supremacists running for higher office – and standing a chance at winning the election. Now we can add Denver Riggleman to the list of amazing-but-true candidates.

Leslie Cockburn, a congressional candidate from Virginia, took to Twitter over the weekend to accuse her Republican opponent of being “a devotee of Bigfoot erotica.” And she included a screenshot of the candidate’s Instagram page where he’d posted a drawing of a burly censored Yeti to prove her case.

She may be right. Not that it matters.

My opponent Denver Riggleman, running mate of Corey Stewart, was caught on camera campaigning with a white supremacist. Now he has been exposed as a devotee of Bigfoot erotica. This is not what we need on Capitol Hill. pic.twitter.com/0eBvxFd6sG

For his part, Riggleman has laughed off the attack, telling the Washington Post, “We’re stunned by it.”

He admits that he wrote an “anthropological book sort of based on parody and satire” that’s been a running joke among his friends, but says he’s hardly into big hairy manbeasts. The drawing was from an artist friend who told him it was “the best way to present your book.”

“I thought it was funny. There is no way that anybody’s dumb enough to think this is real,” said Riggleman. “I do not believe that Bigfoot is real, but I don’t want to alienate any Bigfoot voters.”

He has posted several times about Bigfoot’s genitalia on his Instagram.

Still, even if Riggleman’s fantasies run into the mythological, it says something about modern America when the political candidate who supposedly espouses liberal values would attempt to paint someone’s sex life as perverse to win votes.

Those are the shameful tactics conservatives still use against gay, bi, and lesbian candidates today.

If Cockburn wants to win in a district that leans Republican, she should focus on bringing out Democrat votes by pointing out that her opponent has the support of white nationalists. But, hey, Bigfoot fantasies are being talked about around the nation now, right?

You’ll remember that. And by the end of this story, we’ll guess you can’t even remember what her name is.

A gay teen’s parents kicked him out of the house. It didn’t stop him from being the best.