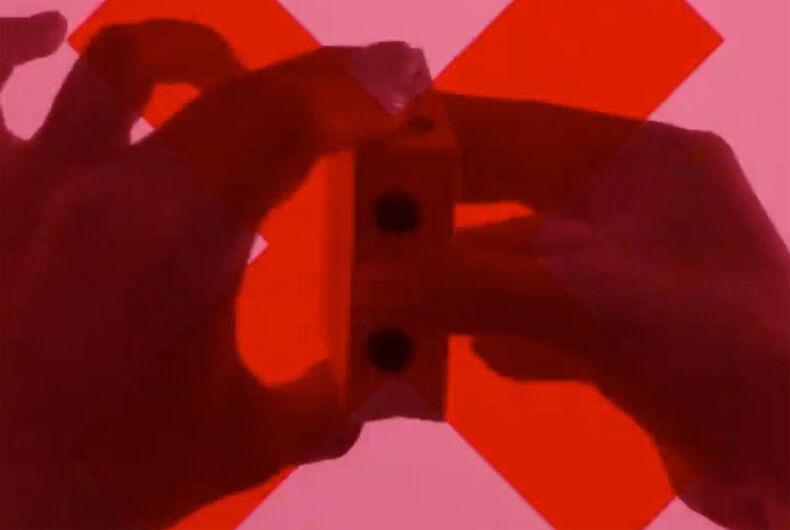 Argentinian sex toy retailer Tulipán has released a limited-edition condom in a special “tamper proof” package that requires four hands to open. Their goal is to raise awareness about consent.

“Why can this box only be opened by two [people]? Because this is how consent works in relationships. Everything has to be two,” reads the tagline on Tulipán’s ad for the condom on Twitter.

The box has eight buttons on it, and each needs to be pressed in order for the box to unlock, revealing Tulipán condoms inside.

“Tulipan has always spoken of safe pleasure, but for this campaign we understood that we had to talk about the most important thing in every sexual relationship: Pleasure is possible only if you both give your consent first,” said Joaquin Campins and Christian Rosli, creative directors for BBDO Argentina, in a statement to CNN.

The package comes with a flashy ad campaign, too, complete with its own hashtag, “#PlacerConsentidom” which translates as “permitted pleasure.”

This package was developed in response to study released in February by AHF Argentina that showed only 14.5% of Argentinean men use condoms regularly, with 65% saying they use them sometimes, and 20.5% admitting they’ve never used one. More than 98 percent of new HIV infections in Argentina are the result of sex without condom use.

As innovative as the packaging may be, many have pointed out that Tulipán may have missed the point, misunderstanding the nature of consent (which can be withdrawn at any time during sex) and making a product that may end up causing more harm than good.

Consider some of the below responses on Twitter to the “consent condom.”

I know this is probs just a way to try and go viral but:

1. This dumbs down the idea of healthy communication re: sex in a harmful way
2. It's the condom equivalent of dudes asking for recorded videos of consent
3. Putting on a condom ≠ automatic consent of all sexual activity https://t.co/Xuq58MKJlW

I could go on all day.

Stunned at this. This doesn’t prove consent in the first place, and consent can change at any time before or after a condom is opened. How have they not thought this through?

It seems unlikely that making condoms into a difficult-to-open box will encourage their use, which is likely the very opposite of what Tulipán may have been hoping by designing a box meant to start conversation about the importance of consent and condom use.

While Tulipán has only made a limited run of the packages to place around Buenos Aires, they’ve hinted that the “consent condom” may be up for sale later this year online. It remains to be seen who exactly their target audience will be for this as an actual product.

Buttigieg’s in! Here are 5 obstacles he’ll need to clear to win the presidential nomination