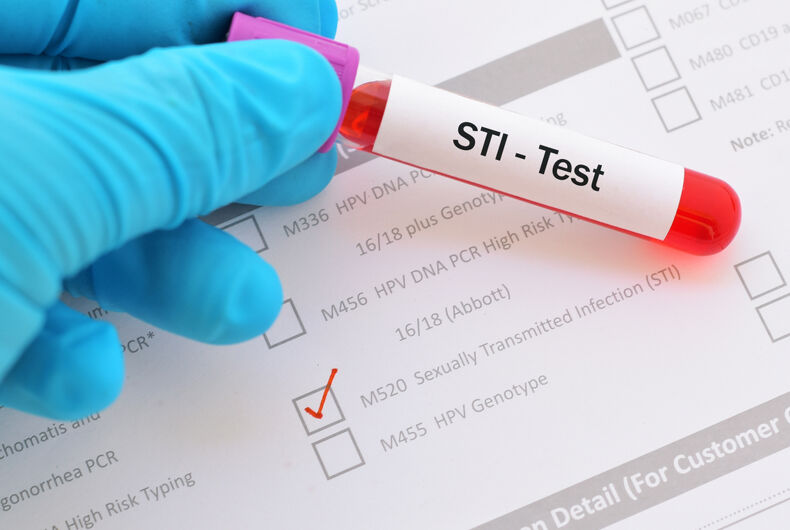 Contrary to the myth that PrEP users are fueling a rise in sexually transmitted infections due to decreased condom use, a study published in the Journal of the American Medical Association found no link between the two.

The study, which included 2,981 primarily gay and bisexual men who take PrEP daily, found that the likelihood of contracting an STI increased amongst those who started the drug, with the majority of those dealing with incidences of chlamydia.

Nearly half of the men in the study contracted an STI during the course of the study, with a total of 2,928 STIs diagnosed amongst 1,427 participants during follow-up. Yet even with the rise in cases, there didn’t seem to be a link between this and condom usage.

Because PrEP has been found to be 99% effective in halting HIV transmissions, many of its users forego condoms when having sex, leading others to presume that their condomless sex had lead to an increase in STIs amongst men who have sex with men.

Instead, researchers noted, it was an increase in casual sex partners and group sex that led to an overall increase in STI diagnoses amongst the men in the study. STIs also trended higher amongst younger members of the study group.

Said researchers, “among 2058 participants with complete data for multivariable analysis, younger age, greater partner number, and group sex were associated with greater STI risk, but condom use was not.”

They also found that the men who’d began PrEP during the study, rather than those who’d already been using it, helped push the STI rates higher within the study.

“Among gay and bisexual men using PrEP, STIs were highly concentrated among a subset, and receipt of PrEP after study enrollment was associated with an increased incidence of STIs compared with pre-enrollment,” reads the abstract.

Researchers recommend a simple remedy, saying that their findings, “highlight the importance of frequent STI testing among gay and bisexual men using PrEP.”