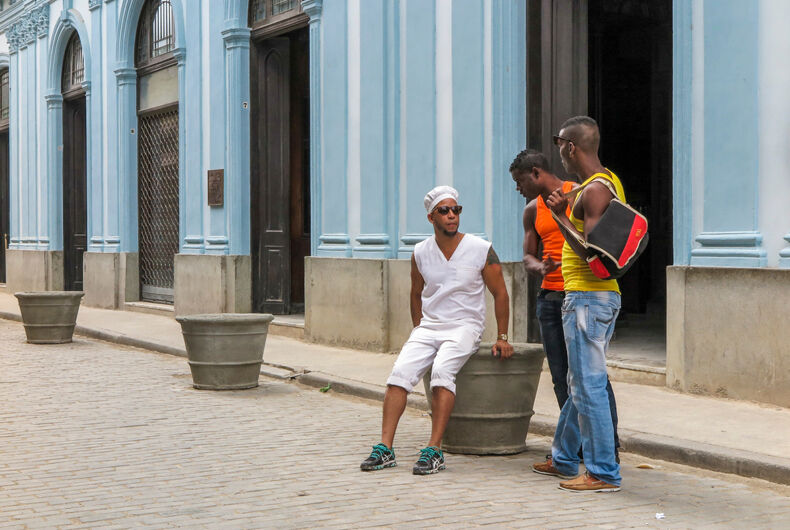 A pilot program that began on March 6 has Cuban officials distributing pre-exposure prophylaxis (PrEP) to those in need.

According to a report in Granma, the official newspaper of the Central Committee of the Cuban Communist Party, 28 people in Cárdenas, some 90 miles from Havana, have been supplied with PrEP. It is being provided free of charge to those in need.

The program, created in conjunction with the Pan-American Health Organization (PAHO), an agency of the United Nations, is headed by Niura Pérez Castro, the head of the municipal program for prevention of STIs, HIV, AIDS, and hepatitis.

Just 30 years ago, the government of Cuba had a very different approach to HIV and AIDS, forcibly quarantining people to a state operated facility.

Related: Politicians are asking the feds to ‘break the patent’ on PrEP to make it more widely available

Now, changes over the last few years under the National Center of Sexual Education, directed by Mariela Castro-Espín, have led to a renewed interest in preventing the spread of HIV within the country.

In 2015, for example, Cuba became the first country in the world to halt the transmission of HIV and syphilis from mothers to their children.

The government is looking at the distribution of PrEP as one half of a combination in treatments, with the other being a push to prevent “risky behavior.”

“We consider it as a therapy, combined with the essential objective of changing risky behaviors, said Pérez Castro to Gramna.

While PrEP has proven to be 99% safe in preventing the transmissions of HIV, officials in Cube are nevertheless also pushing condom use to help prevent the spread of STIs such as gonorrhea, syphilis, and herpes.

There are currently 234 known cases of HIV in Cárdenas, with roughly 30 new cases registered each year in the area. This plus the province capital, the city of Matanzas, accounts for 60% of AIDS cases in Cuba.

Those who are HIV negative in Cuba and who wish to take part in the program are asked to go to the Center for Prevention and Control of STIs, HIV, and AIDS in Cárdenas to be evaluated.