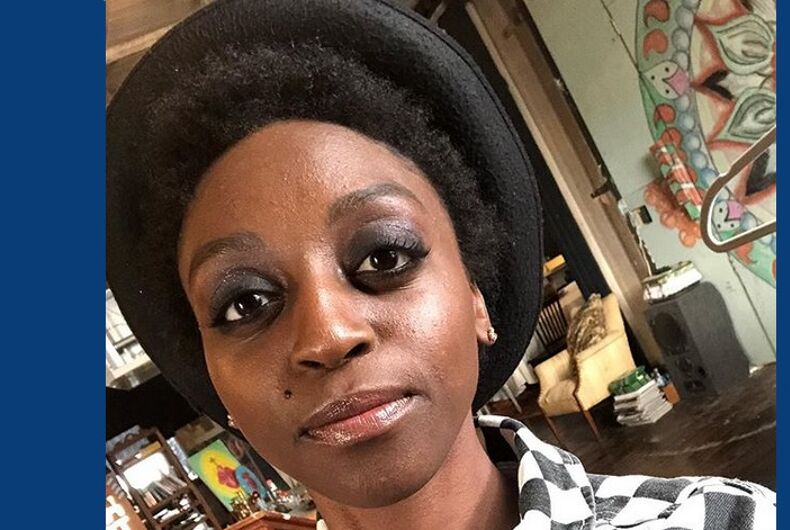 Fans of the Netflix show Queer Eye have raised $94,000 to send a lesbian to college.

Jess Guilbeaux, 23, of Lawrence, Kansas, identifies as a “lumberjack lesbian” and appeared on a season 3 episode of Queer Eye called “Black Girl Magic.”

When she was 16, she was outed to her parents, who promptly disowned her.

“It was an eruption of emotions, and I was immediately kicked out,” Guilbeaux said on the show. “There was no time to pack. There’s no grace period. I was told to get out.”

“I was hoping that, despite all the stuff that I heard as a young girl at church, they would realize, ‘Hey, that’s my kid, so of course I’m going to love them.'”

She tried to put herself through college as a computer science major at the University of Kansas, without the help of her parents. But she ended up dropping out due to massive debt.

Vanessa Gamet started a GoFundMe called “Send Jess Back to College!” with a goal of $100,000, and it is close to succeeding because of the fans of Queer Eye.

“I have paid off all my student loans!” Guilbeaux wrote in an update to the GoFundMe. “I’m so excited and ready to continue my education with a fresh new start. Thank you so so so much for everything!”

Omar Sharif Jr. challenges Sultan of Brunei to execute his son if gays should be stoned to death