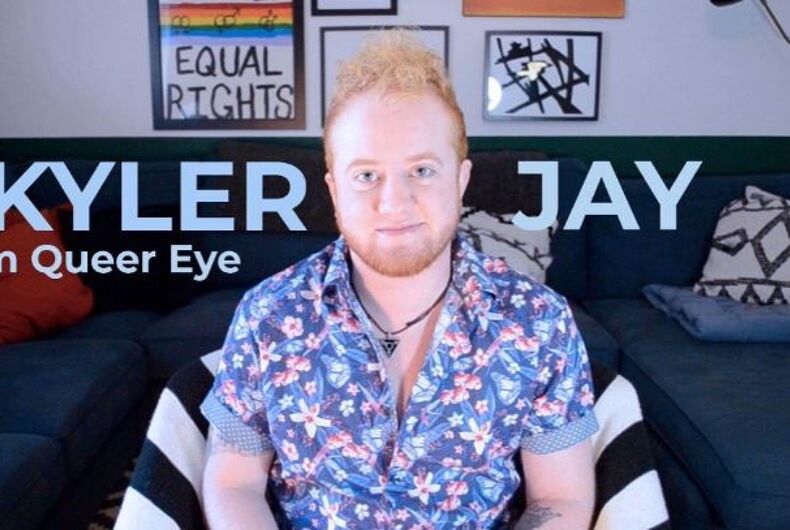 Jay is suing the University System of Georgia (USG) to have the trans exclusions removed from all of the public colleges and universities in Georgia under the USG system.

The USG oversees 26 public institutions and is governed by the Georgia Board of Regents.

“No person shall, on the grounds of race, color, sex, religion, creed, national origin, age, disability, or veteran status be excluded from employment or participation in, be denied the benefits of, or otherwise be subjected to discrimination under any program or activity conducted by the Board of Regents of the University System of Georgia or any of its several institutions now in existence or hereafter established (See BOR Policy Manual regarding Equal Employment Opportunity Policy),” the online manual claims.

However, when Jay sought financial coverage for his transition and the complications from the surgeries, the anti-trans insurance loopholes sunk in.

“Getting my top surgery has been the most important thing in my life for years, and I never would of predicted that my body would have such a horrible reaction to all the drugs I was put on to have the surgery,” Jay shared.

“My current job has transgender specific exclusions when it comes to trans health care access, which is part of what got me into the situation of needing help in the first place,” he continued.

Jay shared his financial struggle with viewers on the episode titled, “Sky’s the Limit.” His employer doesn’t offer coverage – so he took matters into his own hands.

“This fundraiser will go directly toward my medical debt and some funds I will donate to couple of community organizations that could also use the help,” Jay shared on his crowdfunding page.

For those of you who have been asking how to directly help me with my medical debt, 1st thank you, you’re all angels & 2nd here’s the link. 😁 You can also find the link in my profile. #donations #queereye #community https://t.co/0Sp2LetmLW

Donations will be spread across five organizations with a total of $8,200 gifted.

“…I had an idea, help those who helped you first. And I’m pleased to say it’s been extremely successful so far,” he wrote on his page. “Three out of five places, TranscendLegal, and Cash and Paisley’s top surgery funds, donations pages were up and all have already have hit the goals I set.”

The remaining two organizations are still working toward their goals.

“Athens Queer Collective and Southern Fried Queer Pride are organizations close to my heart, and do an incredible job of helping a lot of people in different ways,” he wrote. “Once their goals are reached of around $1000 each, any further donations will all go directly to my medical debt.”

On an emotional level, Jay gets by with a little help from his friends.