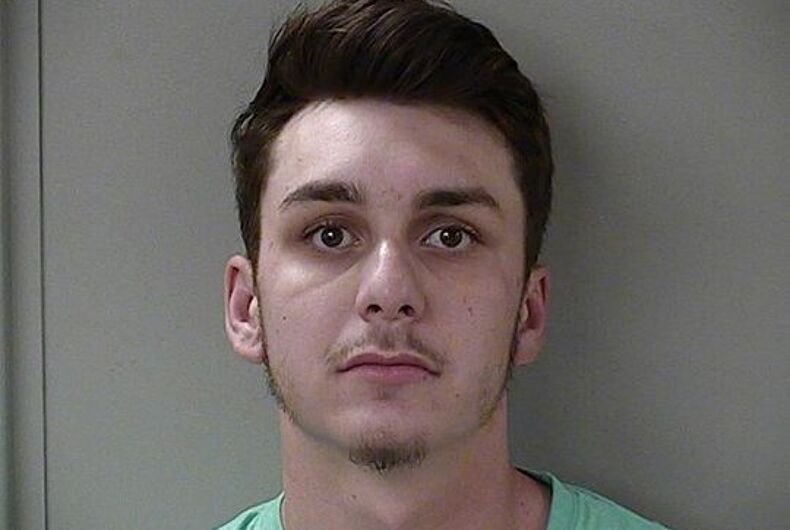 After Brandon Michael Wiley assaulted a 39-year-old man in Tennessee last July, he bragged about the attack on social media, sharing bloody selfies and claiming that his victim had sexually assaulted him.

‘Mr. Wiley had sent out several photos of himself covered in blood and was bragging about beating up a gay man for grabbing his penis,” said police in their report, as reported by the Daily News Journal. Eyewitnesses, as well as surveillance video, made it clear that Wiley was not touched by the man.

Wiley has no pled guilty to aggravated assault, and will be sentenced on June 28 in Rutherford County. The attack, which qualifies as a felony offense, will carry a minimum prison sentence of three years.

The victim, who remains anonymous, was found by police outside of M.J.’s Sports Bar and Grill on Broad Street in Murfreesboro, Tennessee. He suffered a broken nose and fractures to both orbital eye sockets.

Related: He threatened to bomb an apartment building for people with HIV. He got a slap on the wrist.

When Wiley was questioned by police, he told the same story he shared on social media, claiming that his victim had, “grabbed his junk and molested him.”

The victim did say that he had propositioned Wiley, who responded violently.

Wiley had previously maintained that this wasn’t a hate crime, telling the Daily News Journal in September of last year, “That really hurt me when that [hate crime enhancement] got added.”

If you’re excited about ‘The L Word’ reboot, you’ll want to binge watch this series while you wait