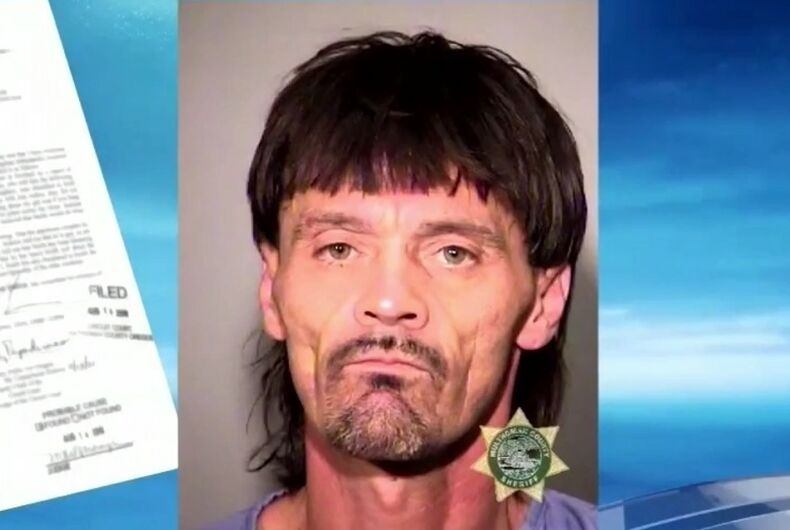 Scott Wayne Smith has been convicted of second-degree intimidation after threatening to kill “all you people” at a residence for people living with HIV and AIDS.

Smith pled no contest to the charge, rather than go to trial, and was sentenced to 21 days in jail, with credit for time already served. He will also face two years’ probation, and has been ordered to stay away from the Hopewell Apartments, perform 40 hours of community service, and write a letter of apology for his actions.

“Everyone deserves the right to feel safe in our community,” said Multnomah County District Attorney Melissa Marrero via a press release. “Scott Smith took that right, and the sense of security, away from the victim as well as the other residences living at this particular apartment complex.”

“We believe this is an appropriate resolution that holds Mr. Smith accountable for specifically targeting the victim based on his sexual orientation, which is a protected class in Oregon,” Marrero added.

On April 13, Wayne approached residents outside the apartment building, asking residents for a cigarette, but was ignored. Wayne had harassed residents before.

Smith got mad and called the residents “faggots.” He then “threatened to bomb the building and to kill ‘all you people,'” according to court documents.

The police were called about the threat. The police report says that the caller, “was afraid, did not feel safe with the neighbor living so close, and that he believed that Smith would do what he said.”

Smith, who lived near the Hopewell Apartments, has a history of making inflammatory statements around residents.

“When I walked by the hedge where he lives, he was saying all kinds of hate stuff about ‘fucking faggots,’ and they should all die. Just really awful stuff,” Wade Jorgenson told KATU-TV.

“A lot of times he’ll be out there skateboarding and shaking his head,” added resident Donnie Blodgett. “All kinds of weird stuff. Half-naked.”

This wasn’t the first time he’d made similar threads according to Blodgett, who claimed Smith had said things like, “‘I’m gonna get you, set your house on fire.'”