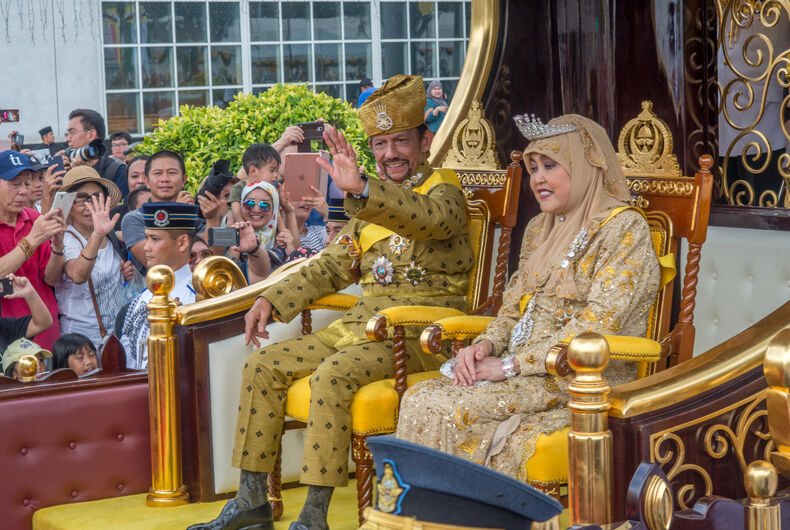 Oct 5, 2017. Brunei's Sultan marked 50 years on the throne with a glittering procession which included the monarch being carried past huge crowds of well-wishers in a chariot.Photo: Shutterstock

Perez Hilton has outed the Sultan of Brunei’s son – fourth in line to the throne – as a gay man after his father enacted Shariah law in the country. The punishment for homosexuality and adultery is death from stoning.

Azim, know for his lavish parties with celebrity-studded guest lists where the booze flows freely despite also being banned under the law. His brother, Prince Jefri, is also reportedly “hedonistic” and adultery would be his fatal sin.

“Y’all know I don’t out people anymore,” Perez said in the video. “I used to do that back in the day but I’m making an exception here. I’m guessing the Sultan of Brunei doesn’t know that his son, Prince Azim, is a big old homo. I would know because I have spent time with Prince Azim.”

“It’s so hypocritical this guy’s son is a big flamer, and now he’s enacted a law to stone to death gay men.”