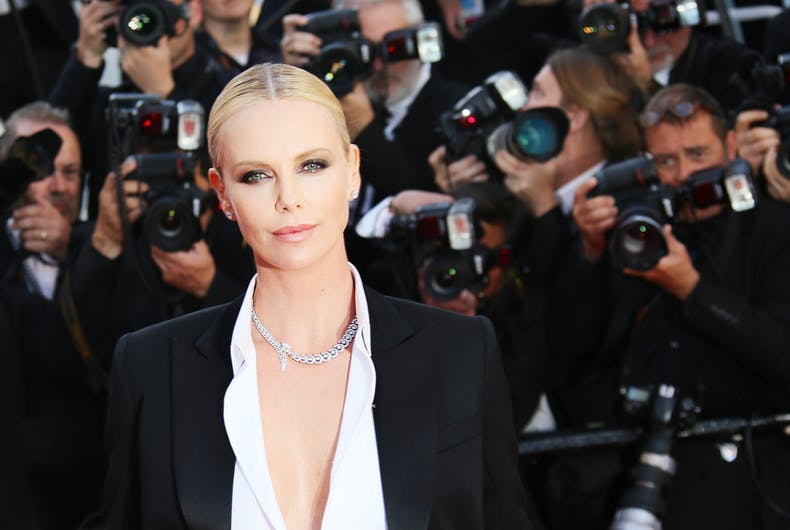 Actress Charlize Theron said that her older daughter is transgender.

Jackson, 7, was assigned male at birth.

“So there you go! I have two beautiful daughters who, just like any parent, I want to protect and I want to see thrive.”

Theron said that she accepts her daughter.

“They were born who they are and exactly where in the world both of them get to find themselves as they grow up, and who they want to be, is not for me to decide. My job as a parent is to celebrate them and to love them and to make sure that they have everything they need in order to be what they want to be.”

“And I will do everything in my power for my kids to have that right and to be protected within that.”

Related: Charlize Theron says why her character is bi in ‘Atomic Blonde’ – ‘Why not?’

Theron has starred in a long list of major Hollywood productions, and she won an Academy Award for her work in the 2004 film Monster.

She has stood up for LGBTQ rights in the past. In 2009, she said that she would not marry her boyfriend Stuart Townsend because marriage equality wasn’t legal yet.

“I don’t want to get married because right now the institution of marriage feels very one-sided, and I want to live in a country where we all have equal rights,” she said.

“I think it would be exactly the same if we were married, but for me to go through that kind of ceremony, because I have so many friends who are gays and lesbians who would so badly want to get married, that I wouldn’t be able to sleep with myself.”