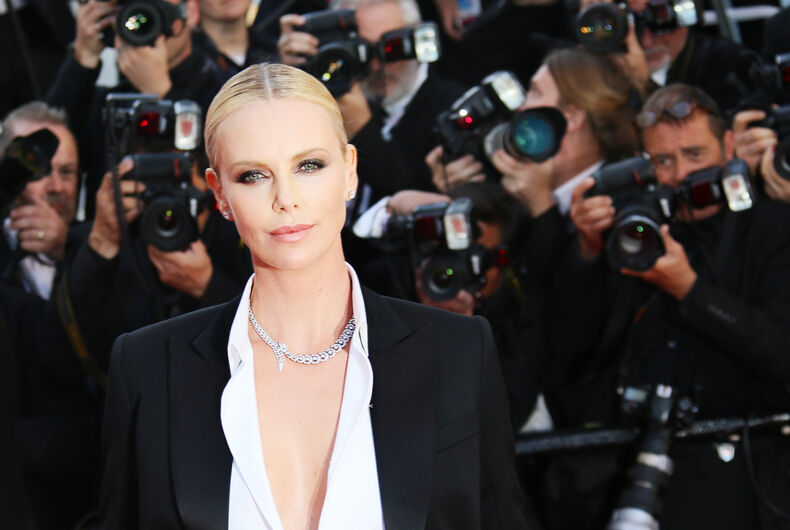 Actress Charlize Theron attends 'The Last Face' Premiere during the 69th annual Cannes Film Festival at the Palais des Festivals on May 20, 2016 in Cannes, France.Photo: Shutterstock

Charlize Theron stopped by Watch What Happens Live with Andy Cohen to promote her new movie, Atomic Blonde, and the conversation quickly turned to her character’s sexuality after a caller asked, “Why was it so important for your Atomic Blonde character be bisexual?”

“Why not?” Theron shot back. “It’s so strange we talk so much about it. It should be normalized by now. It’s something I feel is not represented enough in cinema. I feel when you make movies, if you’re gonna hold that mirror up and reflect society, you should reflect society.”

But that answer quickly spurred Cohen to ask whether she “ever swam in the lady pond” in one of the most awkward turn of phrases ever used to describe lesbian sex. And her answer was similar to a lot of women’s.

“When I was young, yes. When you’re young you’re just kind of exploring it all. But it was pretty clear that I really like dudes.”

Watch the entire interview below.