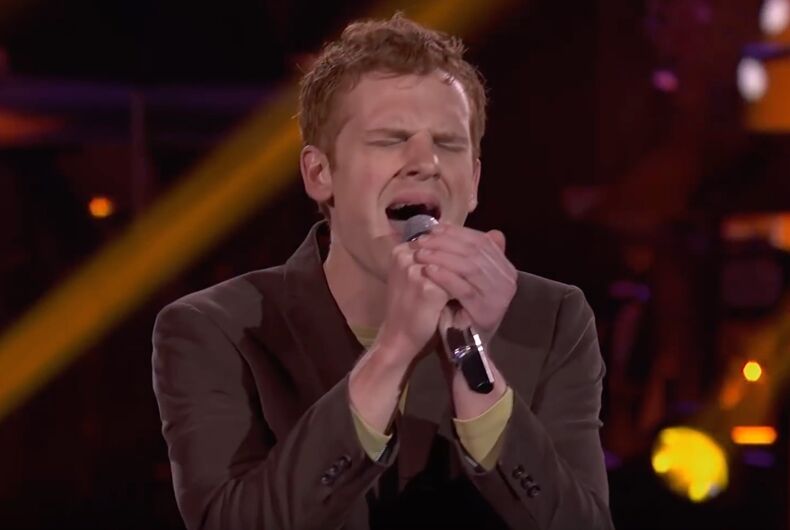 Out American Idol contestant Jeremiah Lloyd Harmon left the judges floored last night with his rendition of the Cyndi Lauper hit, “Time After Time.” Harmon performed the hit song as a duet with Cynthia Erivo, the star of “The Color Purple” musical.

The episode featured the top 20 performers in the competition paired with famous singers to perform duets.

“You’ve got crazy range, so never forget to show that off,” judge Katy Perry told him.

“I was sitting on the edge of my seat like, ‘Please go for the big note,’ and you did it and you knocked it out of the park,” Luke Bryan said.

Harmon, a gay man who is the janitor at his father’s church, has become a fan favorite after telling the judges that his family doesn’t accept his sexuality.

“I know that my parents love me, but I know that they can’t accept the fact that I’m gay. And they won’t.”

Erivo won the best actress Tony award for her Broadway debut in “The Color Purple” in 2016.