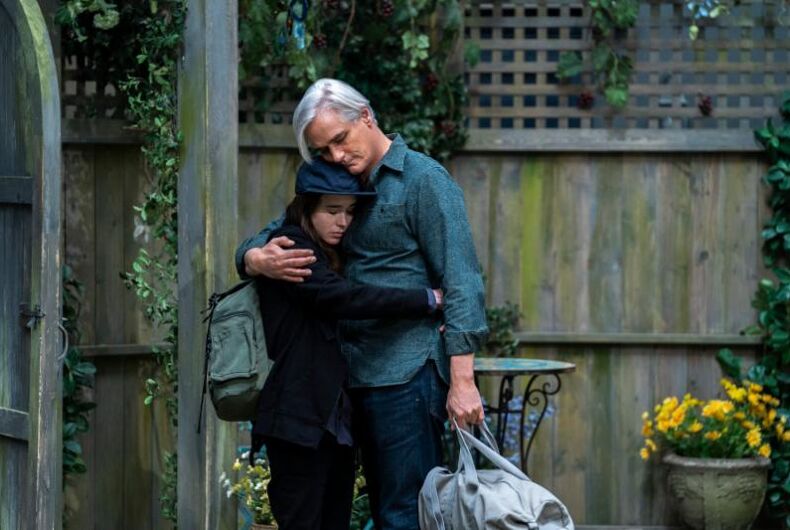 Scene from Netflix's Tales of the CityPhoto: Netflix

The highly anticipated sequel to Armistead Maupin’s Tales of the City is almost here and Netflix is giving us a taste with a new teaser. But a taste wasn’t nearly enough for LGBTQ people on Twitter; they’re ready to watch the whole thing.

The sequel brings Mary Ann Singleton (played by Laura Linney) back to 28 Barbary Lane in San Francisco for a reunion with old friends and time to make new ones.

Ellen Page will play Mary Ann’s daughter, Shawna. Molly Ringwald and Bob the Drag Queen will also be in the show.

Previous cast members of the miniseries, including Olympia Dukakis as Mary Ann’s former landlady, Anna Madrigal, will also return. Linney has played Mary Ann in every incarnation of the series.

The 1993 series was based on Maupin’s books chronicling the life of a group of friends in San Francisco in the late 70s and early 80s. The original miniseries was produced by Channel 4 in the UK and distributed by PBS in the United States. Two later installments were aired on Showtime.

The show will start streaming on Netflix on June 7, but plenty of fans – including our sister site GayCities – can’t wait. And they’re talking all about it on social media.

Have you heard? The new @TalesofTheCity is premiering on @netflix on June 7th, and we can't WAIT! We've been asking folks around SF about their own tales of the city, and are excited to share this sneak peek! Keep an eye out for more soon. #AlwaysWelcome #AlwaysProud @onlyinsf pic.twitter.com/PRjbfTvuqP

This actually made me cry. Like seeing an old friend you’ve been missing for far too long.
I cannot wait to be back with the family. ❤️🏳️‍🌈💖

Aaaah I know!!! So colorful and a great cast I can’t wait!

Yes, yes, yes. Hello my old friend…….so glad Laura Linney and Olympia Dukakis are returning for this, it wouldn’t the same without them.