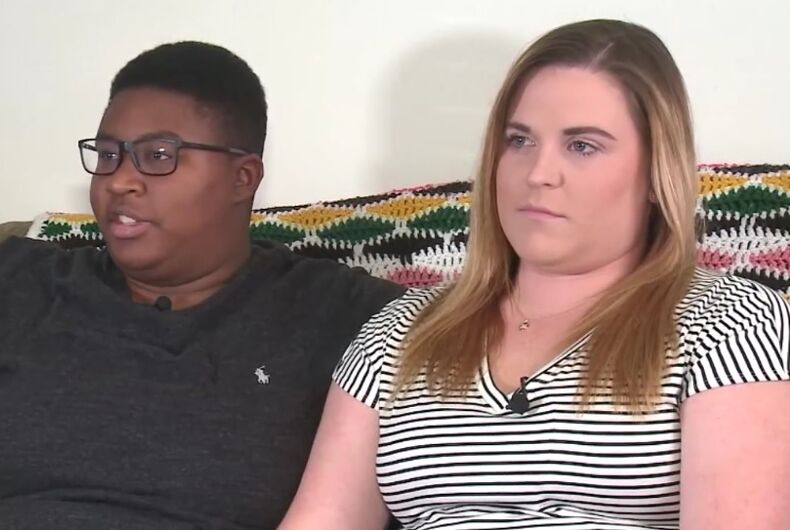 A lesbian couple say that they were discriminated against when they tried to take ballroom dance classes.

Michelle King and Amanda Shelton are engaged and they wanted to learn how to dance for their upcoming wedding.

But when they tried to redeem the Groupon, Thompson said that they couldn’t take lessons there because they’re a same-sex couple.

“We don’t have accommodations for same-sex couples to dance,” the women said Thompson said, adding that the straight people in the room would feel “awkward.”

The women said that the next day they got a call from St. Louis Equality Dance, a group that offers dance instruction to LGBTQ people.

“They said that David referred us to them,” they said. “Well, I didn’t pay for you. I paid for Prestige.”

They asked if Prestige was a “faith-based” business, and Thompson said no.

Missouri does not ban discrimination against LGBTQ people, but St. Louis County – where Des Peres is located – does.

Thompson will not comment on the incident, citing possible legal action that may be taken against him.