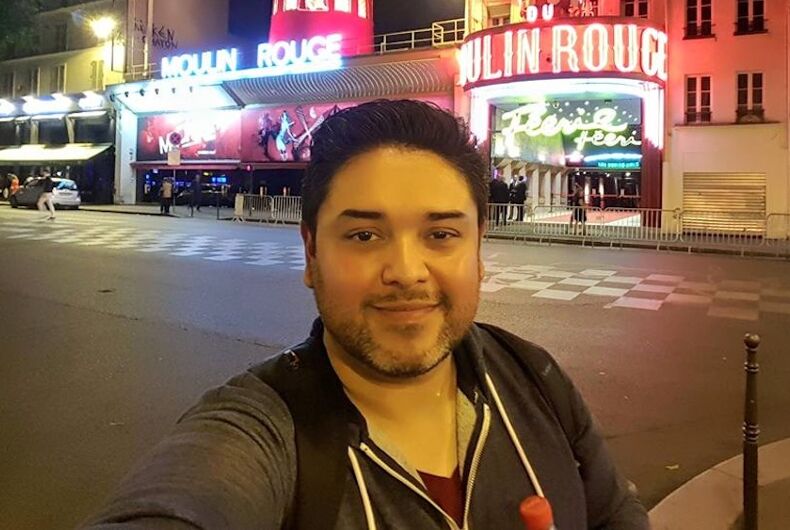 A gay Phoenix, Arizona resident named Cesar Marin says he was the victim of a gay bashing this weekend. Police are reportedly investigating. Marin says they have arrested one suspect

“I was attacked by a mob of 10 people [early Saturday morning]. It all started with 1 girl flicking her cigarette in my car and calling me a faggot. Before I knew it, I was surrounded in a hail of punches. One guy kicked me in the face when I fell down. The police are investigating and they have the cigarette the girl flicked into my car. I have a broken nose and a swollen face and bruised body. Im home resting. Thanks for all your love!”

Marin reportedly had his nose broken in two places after a man kicked him in the face. Although Marin still has bruising and pain, he’s confident he’ll make a full recovery.

National statistics suggest that hate crimes against LGBTQ people have been increasing since 2016, though this can be difficult to quantify. Vanessa Panfil, a professor of criminal justice, told BuzzFeed News that violence against LGBTQ people might be connected to the Trump administration’s anti-LGBTQ policies and rhetoric.

Related: Arizona pastor predicts ‘AIDS-free world by Christmas’ if all ‘homos’ are killed

Arizona has a mixed record of late when it comes to LGBTQ rights. Even though state Democrats have pushed for statewide nondiscrimination protections, conservatives continue pushing for retrogressive policies like a law that would forbid teachers from discussing any “controversial” issues (including contemporary politics, slavery and anything LGBTQ). Under the law, teachers would be fired if they discuss these topics.

Arizona is also one of seven U.S. states with a “no promo homo” law forbidding teachers from ever mentioning homosexuality “in a positive light.” Last month, Kathy Hoffman, Arizona’s new Superintendent of Public Instruction, said the law should be repealed.