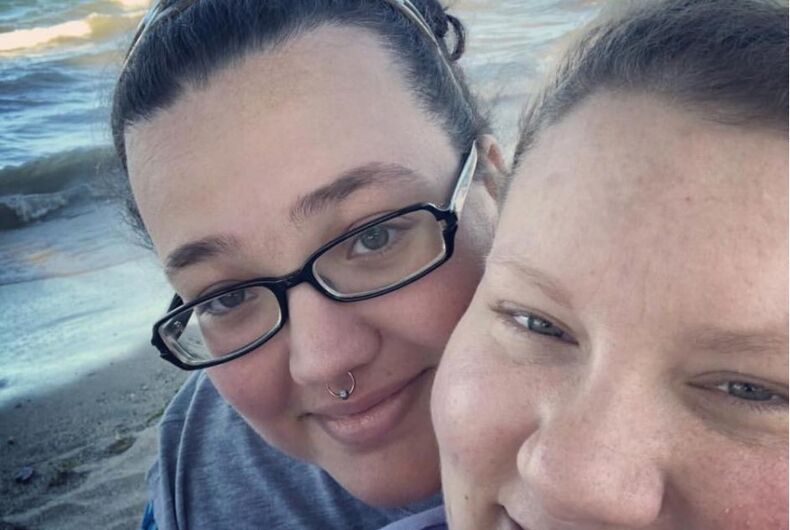 Bailey Brazzel says she has gone to Carver Tax Service in Russiaville, Indiana, to have her taxes done for years.

But she won’t be going back anymore.

She and her new wife Samantha – they were married this past July – went to Carver Tax Service and were told by Nancy Fivecoate, who runs the business, that she would not prepare their taxes.

“At first we thought she was kidding,” Brazzel said. “But when she started talking about the Bible, we knew she was serious – and I was completely shocked.”

Related: The attorney general said that businesses have a ‘fundamental right’ to discriminate against LGBT people

Fivecoate recommended another tax service for them to go to.

“We were pretty upset,” Brazzel said. “My wife was trying to console me and I was crying.”

“I am a Christian and I believe marriage is between one man and one woman,” Fivecoate said in a prepared statement. “I was very respectful to them. I told them where I thought she might be able to get her taxes prepared.”

Fivecoate said that she will serve single gay people, so she doesn’t think she’s homophobic.

“A few years ago, I had a couple of gay clients that married,” she said. “When it was time to prepare their taxes they called me and asked if I had a problem since they were married.”

“I told them that as a Christian that I could not prepare their taxes. I thanked them for calling and wished them well.”

Brazzel’s father, William, was there and said that it was just discrimination.

“I told Nancy, ‘That’s flat-out discrimination,’” he said. “I just think it’s wrong. I told her we all wake up and put on our pants the same way.”

“You hear about it all the time, but nothing like this has happened to us before,” Brazzel said.