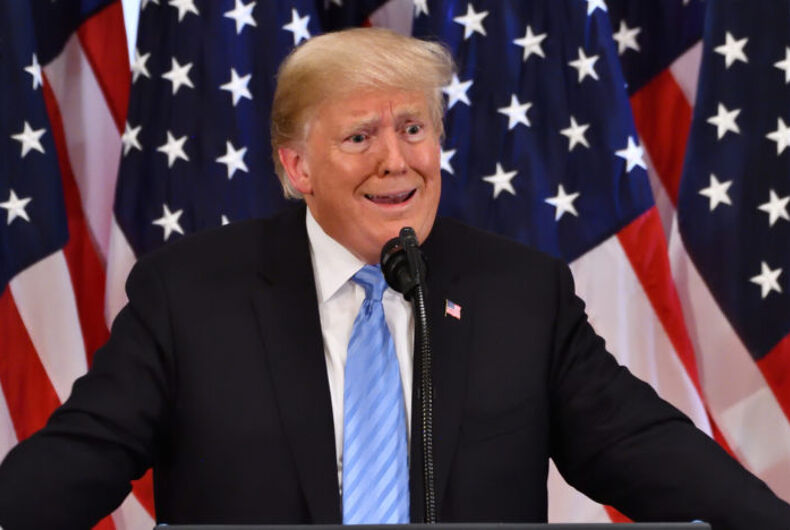 Donald Trump’s annual budget proposal includes almost $300 million in new spending to fight HIV and AIDS in the United States but cuts over four times as much from global HIV/AIDS initiatives.

The White House’s 2020 budget calls for major cuts on health funding, including a 12% decrease to the Department of Health and Human Service’s discretionary budget and a $5 billion budget cut for the National Institute of Health.

But the plan asks for some increased funds for domestic HIV/AIDS programs. The budget requests $140 million for the Centers for Disease Control to collaborate with local organizations on HIV prevention and $120 million in new funding for the Ryan White Care Act, which helps support people living with HIV.

This is a sharp turn-around from last year’s budget, which called for $58 million in cuts to the Ryan White Care Act.

The plan would cut President’s Emergency Plan For AIDS Relief (PEPFAR) funding by $1.35 billion, bigger than the $300 million cut to PEPFAR Trump proposed in 2017. PEPFAR provides funding for HIV prevention, treatment, and care in at-risk countries.

Greg Millett, who works with the HIV organzition amfAR, said that the budget proposals were “schizophrenic.”

“There’s just so many opposites within this budget of things that are truly helpful and useful,” he said. “And then, they are counterbalanced by things that just erase that goodwill.”

William McColl of AIDS United, though, sees the budget proposal as a coherent “America first” plan for HIV.

“I hesitate to give anybody ideas, but unless you put a bubble over the United States, this is not going to really solve this issue,” McColl said.

In his State of the Union address this year, Trump pledged to end HIV transmissions by 2030, a sharp departure from his administration’s previous policy of requesting budget cuts for HIV/AIDS programs.

The proposal is just a request. Congress will have to pass a budget itself, and it is unlikely to be exactly what Trump is asking for.

“Trump’s proposed cut to PEPFAR is just the latest indicator that he has no real intention of making the investments necessary to combat HIV/AIDS,” DNC LGBTQ Media Director Lucas Acosta said in an emailed statement. “Further, Trump’s proposed cuts to Medicare and Medicaid, totaling more than $1 trillion, would limit the ability of HIV+ people to afford and attain the lifesaving medicine and treatment they need.”

“HIV+ people around the world and at here in the U.S. deserve more than lip-service and empty rhetoric.”

North Carolina is being sued for discriminating against trans people again