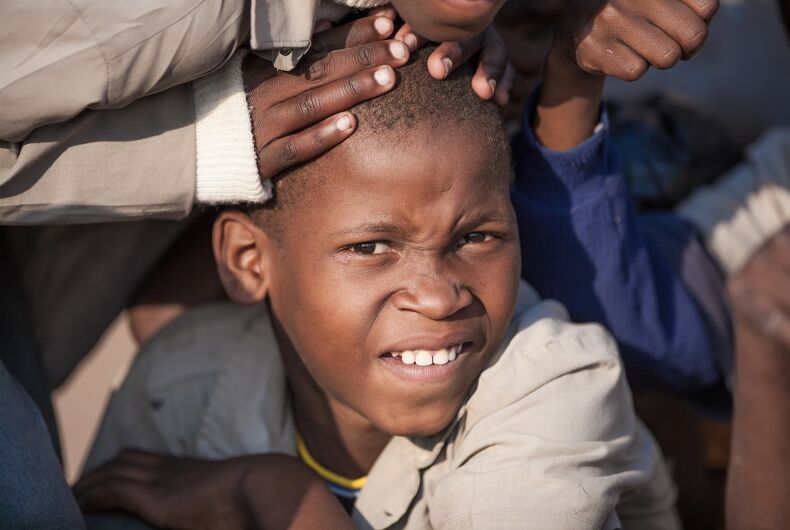 Unidentified orphan Swazi schoolboy in a local school on August 6, 2008 in Mbabane, Swaziland. 10 percent of Swaziland's total population were orphans that year due to HIV/AIDS.Photo: Shutterstock

The Trump Administration has asked Congress to cut funding for President’s Emergency Plan For AIDS Relief (PEPFAR) by almost $300 million.

The White House sent a document to the Senate Appropriations Committee asking for various cuts to the the Department of Health and Human Services budget. The bulk of the proposed cuts would be to scientific research funded by the National Institutes of Health, NASA, and the National Science Foundation. Trump is also asking for a reduction in the Food and Drug Administration’s budget.

The proposed cuts to PEPFAR come as a surprise since the Trump Administration promised when it released its federal budget proposal two weeks ago that PEPFAR funding would be protected. The budget said it “provides sufficient resources to maintain current commitments and all current patient levels on HIV/AIDS treatment under the President’s Emergency Plan for AIDS Relief [PEPFAR].”

PEPFAR is a program created during the George W. Bush administration to fight HIV/AIDS in low-income countries, mostly in Africa and the Caribbean. Funding goes to treatment of both HIV/AIDS and opportunistic infections, prevention initiatives, and help for people living with HIV/AIDS.

The program had provided anti-retroviral therapy to 7.7 million people by 2014 and a Congressional report said that 1 million HIV-negative babies were born to HIV-positive women as a result of the program. A study published in the Journal of the American Medical Association found that PEPFAR reduced adult mortality in the countries it focused on.

“It’s very clear that PEPFAR has saved an incredible number of lives in the past decade,” Georgetown University global health researcher Rebecca Katz told The Atlantic.

Studies have shown that the benefits of PEPFAR touch many parts of the social fabric in recipient countries. Employment rates are higher with PEPFAR funds, violent activity fell faster in countries that received PEPFAR funding, and PEPFAR countries tend to have a better opinion of the US.

PEPFAR requested $1.1 billion in federal funding in 2016, so the proposed cuts would represent over a quarter of PEPFAR’s funding.

Such cuts could spell disaster for regions that receive the funding. “To sustain that therapy, there are substantial pipelines involving supply chains, financing mechanisms, and myriads of organizations. Disruptions risk rekindling HIV,” said Jack Chow, who worked at the State Department on HIV/AIDS issues during the Bush Administration.

The benefits aren’t limited to recipient countries, as Katz stressed. “What do we do to keep Ebola out of the U.S.? We build capacity in the countries that need it most. And PEPFAR has unquestionably contributed to building foundations for systems that can be used to fight the next pandemic.”

Republican Sen. Roy Blunt of Missouri serves on the Senate Appropriations Committee and was asked by Bloomberg if there was a chance of the cuts becoming law. His response was “No, no.”

Health and Human Services Secretary Tom Price is scheduled to appear before Congress today to talk about the proposed budget cuts.